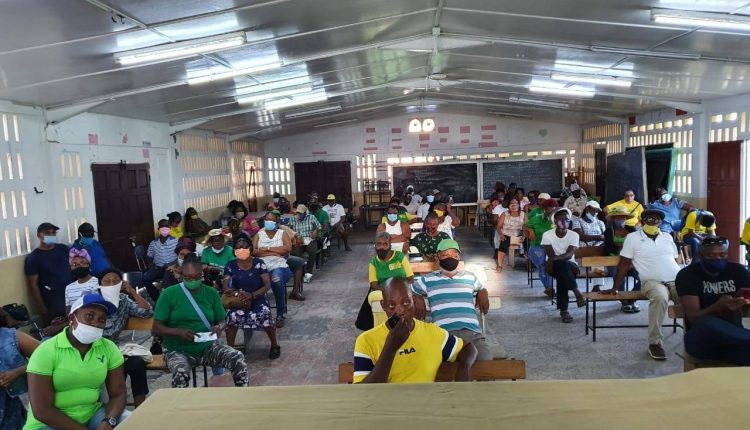 As Guyana continues to struggle to contain the spread of the novel Coronavirus (COVID-19), the APNU+AFC is currently hosting several political meetings across the country, in defiance of its own public health regulations.

A July 21 letter purporting to be from APNU+AFC’s Director of Field Operations, Amna Ally, indicated that the party would be having meetings across the country and that plans should be made by the party’s regional coordinators to facilitate these meetings indoor.

Two unofficial schedules were released indicating that 13 meetings would be held in Region Two (Pomeroon-Supenaam) on July 25, and 10 meetings in Region Three (Essequibo Islands-West Demerara) on July 26. 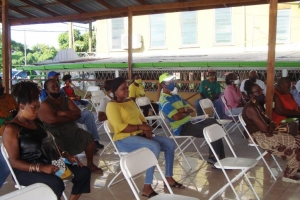 On Sunday, the APNU, on its official Facebook page, released photos which confirmed that public meetings were being held.

“A series of meetings are being held by the APNU+AFC Coalition around the country to sensitize and update members and supporters on election matters. Below are photos of a meeting held at the NCW Building in Kitty this afternoon,” was the caption which accompanied 15 photos of a meeting shared on the APNU’s Facebook page.

Within minutes of the post being made, Mayor of Georgetown, Ubraj Narine released photos on his Facebook page of another meeting being held in Tucville, Georgetown, with the country’s Public Security Minister Khemraj Ramjattan in attendance.

“A public meeting was convened at Tucville Primary School, with Prime Ministerial Candidate, Mr Khemraj Ramjattan, Minister Raphael Trotman and Mayor Narine. The meeting was had to update supporters on the current political and legal issues facing the country, among other things,” the Mayor wrote.

Mayor Narine noted that all COVID-19 protocols were observed, including “social distancing, the wearing of face masks and the sanitisation of all attendees before they entered the building.”

But many of the attendees of the Kitty meeting were captured in photos not wearing masks, in violation of the COVID-19 regulations introduced by the APNU+AFC government.

Section 12 of the COVID-19 Emergency Measures (No. 6) states that “every person shall wear a mask fitted to cover the nose and mouth of the person when in public.”

The hosting of those meetings is also in breach of the COVID-19 Emergency Measures.

Section 2 states that there would be restrictions on social activities, and that: “No person shall host, attend or visit – (j) a meeting of a fraternal society, private or social club or civic association or organization”.

Those Emergency Measures took effect from July 18 and are expected to last until July 31.

On July 16 however, the Government announced what it describes as “Phase 3” of its plan to re-open the country, but this did not lift restrictions on gatherings.

It was again reminded in those reopening plans that: “No more than 10 persons are allowed to gather at any place.”

Both of the meetings had more than 10 persons in attendance.

Guyana continues to see a rapid increase in the number of COVID-19 cases. At the weekend, 18 cases were recorded within a 24-hour period taking the total number of known cases to 360 in less than 24 hours.

The Ministry of Public Health has refused to reveal where the new cases were recorded but noted that there are now 169 active cases in institutional isolation including four persons in the COVID-19 ICU at the Georgetown Public Hospital.