The People’s National Congress Reform (PNCR) has told governing coalition supporters in the United States that they will have to pay their own airfares to return home to vote in general elections on March 2.

Addressing a fund-raising town hall meeting in Brooklyn, New York, Chairman of the PNCR’s New York Group, Errol Lewis said supporters would begin travelling to Guyana from February 1 and stay for the “must win” general and regional council elections.

“Some of us, who are registered, are encouraged to go and vote. Contrary to the other side who is paying chartered airlines to take people, we don’t have that. You would have to pay your own money but you need to be there because we are not going back,” he said Sunday.

Lewis also asked those, whose names are not on the voters list, to still return to Guyana to help secure the ballot boxes after the polls close at 6pm. “Those, who are not registered, are encouraged to go home and make sure that the ballot boxes stay where they are supposed to be,” said Lewis to the audience which was addressed by Chairman of the PNCR-dominated A Partnership for National Unity (APPNU), Joseph Harmon, and General Secretary of the Alliance For Change (AFC), David Patterson. 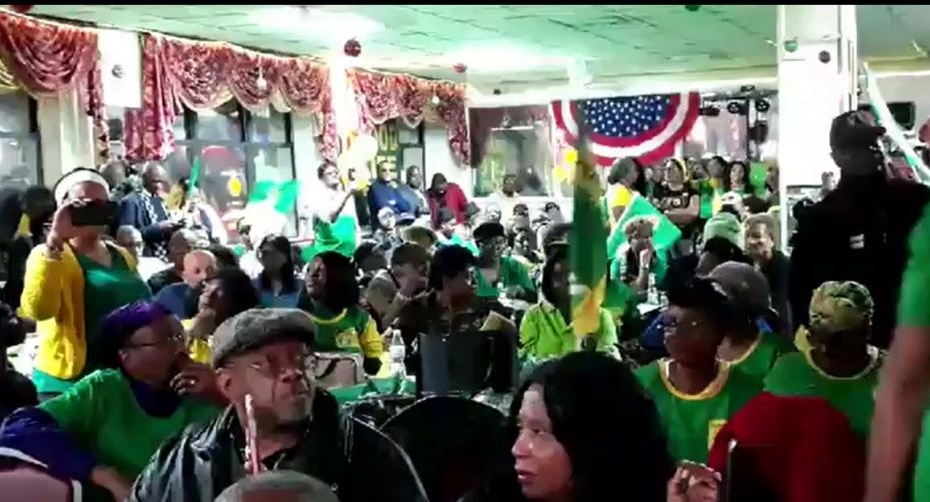 Last November, General Secretary of the opposition People’s Progressive Party (PPP), Bharrat Jagdeo, in an address to supporters in Toronto, Canada, appealed to them to return home to vote.

Executive Officer of Region Three- (Essequibo Islands/West Demerara), Jennifer Ferreira- Dougall called on APNU+AFC supporters at the meeting in Brooklyn to lobby their relatives and friends in Guyana to go out and vote for a return of the David Granger-led administration. “On election day, start calling your family from 3 0’clock and tell them they got to get up…I’m asking you again: make sure your family vote and vote for the APNU+AFC government,” said Ferreira-Dougall, a long-time diehard PNCR activist in Guyana and New York.

The Guyana Elections Commission’s Chief Elections Officer, Keith Lowenfield said at the weekend that he would be talking with party representatives about possible convergence of supporters outside polling stations. He noted that people can be fined more than GYD$65,000 and jailed for six months if they annoy, molest or otherwise interfere with electors within 200 feet of polling stations.

There is no cut-off time by which those offences can be committed. Voting starts at 6am and ends at 6pm.

President Granger has assured visiting United States congressmen that the elections would be free and fair and there would be no disorder or lawlessness and America could look forward to Guyana playing a key role in the western hemisphere.

APNU+AFC candidate and PNCR General Secretary, Volda Lawrence’s call for supporters to vote and return to polling stations to keep watch was met with strong condemnation by the PPP.