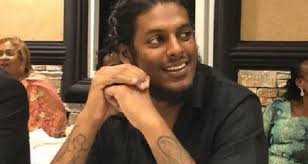 Dear Editor,
Late last evening, while browsing through the newsfeed on my Facebook profile, I came across a sponsored post under the profile name of Moses Nagamootoo. I was intrigued and began to read.
I was appalled at the vitriolic diatribe I was reading. The deliberate misinformation, unashamedly contained with the missive was shocking. However, in retrospect, I ought not to be for I have listened to campaign speeches prior to the 2015 elections from Mr Nagamootoo and have witnessed his actions thereof, after assuming office.

In his missive, the first few sentences painted a totally different reality from that which obtains in Guyana, as it relates to the March 2, 2020 National and Regional Elections. It is no secret that the APNU/AFC coalition lost those elections and have tried at every stage to thwart the will of the electorate. In the interest of time and becoming overly repetitive, I will omit the details of those actions. However, the world over is aware of the constant attempts to commit electoral fraud by the coalition.

Commendably, the world did not stay silent. On an almost daily basis, the US, Canada, UK, EU, Norway, Brazil; both international and local organisations, such as The Carter Center, the Organisation of American States (OAS), the Commonwealth, Caricom, the Private Sector Commission (PSC) and many more have spoken out against the coalition and their attempts to frustrate, stymie and thwart the will of the electorate.

In fact, after these statements and pleadings with the coalition to allow the will of the electorate to prevail fell on deaf ears, the US State Department went a step further and imposed sanction on the Granger Administration and other actors in the ploy to derail Guyana from her democratic path. In an attempt to defend the sanctions and support the contentions of his political masters at Congress Place – the Headquarters of the leading political party within the APNU/AFC coalition – Mr Nagamootoo quoted extensively from two members of the US Congress, namely, Congressman Hakeem Jeffries and Congresswoman Yvette Clarke. However, the contentions of the two members of Congress are hopelessly flawed. In fact, Mr Nagamootoo’s very next paragraph provides the learned mind with the reasoning of why that is so.

Like other leaders of the APNU/AFC coalition, Mr Nagamootoo parrots the argument of “sovereignty”. Over the past 140 odd days since the March 2, 2020 elections were held, any official from any foreign country, international observer mission to Guyana, diplomat, and others who speak out against the coalition’s blatant attempts to rig those elections were met with the argument that Guyana is a “sovereign nation” and “outsiders should keep out of our affairs”.

While states are still main actors in international relations and principles such as territorial integrity, and enjoy the right of non-intervention, rights over the sea and the skies, which are a few examples of this tenet, the rights to sovereign immunity have evolved, particularly within the last few decades. States are not absolutely immune, and their rights must be balanced with their duties or responsibilities. Simply put, Governments are not allowed to get away with everything any longer, especially in relation to human rights. The Universal Declaration of Human Rights, Article 21 (3) states:

“The will of the people shall be the basis of the authority of government; this will shall be expressed in periodic and genuine elections…”
Therefore, in my view, to deny the will of the people and denying genuine elections, one is committing a human rights violation.
In the 21st century, surely the APNU/AFC coalition did not think that the world would try a blind eye as they try to thwart the will of the electorate and steal an entire Government in an attempt to hold on to Executive power.