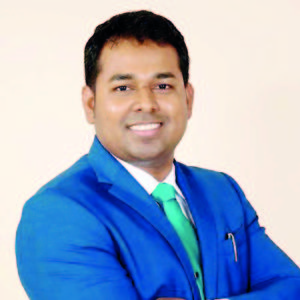 As Guyana is in the midst of an economic slowdown, economist Dhanraj Singh has warned that the COVID-19 pandemic is not solely to blame, but rather the coalition Government’s mismanagement of the macroeconomy for the past five years.

Singh, who is the Executive Director of Guyana Budget Policy Institute, in a letter to the editor, cited the A Partnership for National Unity/Alliance For Change (APNU/AFC) Government’s closure of the Guyana Sugar Corporation (GuySuCo) sugar estates, the consistent selling off billions of dollars’ worth of foreign assets and burdensome taxes, as some poor decisions.

Prominently among ill-conceived schemes of the Granger Administration, he said, was the dismantling of GuySuCo and the downsizing of the sugar industry. He added that this ill-advised series of actions immediately created massive unemployment and a significant loss of export earnings and foreign currency.

“As if that were not enough, the totally unimaginative Granger administration sought to ‘tax its way to prosperity” by imposing burdensome taxes on households through the elimination of critical VAT exemptions and the exponential increases in service fees,” Singh also wrote.
The economist also cited the Bank of Guyana’s first-quarter report and statistical bulletin for 2020. In the bulletin, the bank revealed that Guyana’s foreign asset holdings declined by 5.6 per cent during the period under review. In fact, Singh noted that foreign assets have declined by more than 18 per cent since 2015.

Selling off foreign assets
According to him, it means that over the last five years the APNU/AFC Government liquidated $23 billion worth of foreign asset holdings. Singh questioned why foreign assets would be sold off to such an extent if the economy is as solid as Finance Minister Winston Jordan has given the impression.

“While there are few good reasons to sell foreign assets in times of a growing economy, when you consider the sale of these assets alongside the other policy decisions, such as those mentioned above, it is quite evident that the likely reason for doing so was to replace lost foreign currency earnings in the foreign exchange market to keep the exchange rate stable,” Singh said.

Singh also used the example of non-performing loans, that is loans for which debtors are in default and cannot pay off. According to Singh, non-performing loans increased by 10.1 per cent between 2015 and 2020. And it’s likely to get worse.
Another problem that Singh highlighted was that $12 billion has been added to the deficit in the public sector savings account. According to him, this brings the total deficit at the end of the first quarter to approximately $83 billion.

Reserves
Economists generally recommend that countries have enough money in their international reserves to cover three months of their import bills. But Singh highlighted that in Guyana’s case, international reserves at the end of the first quarter fell short of this recommended amount. In addition, the balance of payment deficit worsened.
“None of this is surprising,” Singh wrote. “Sugar exports which in 2014 earned foreign currency equivalent to over G$18 billion have gradually declined to less than G$6 billion in 2019 and well on its way to earning less in 2020. Rice exports which have been one of the main foreign currency earners over the last five years still earn less in a year than it did in 2014.”

“In fact, from 2011 to 2014, both the quantity and value of rice exported grew uninterruptedly. The same is true of timber exports. From 2011 to 2014, the value of timber exports grew uninterruptedly and peaked at G$11 billion but has gradually declined to less than $7 billion in 2019 and is likely to continue down this path,” he added.
He noted that this all combines to impact Guyana’s foreign currency market. And notwithstanding the improved production of gold, which accounted for US$38.8 million in export earnings during the first quarter, Singh cautioned that gold is high risk and unreliable as a revenue earner.

“Despite good performance in the mining and quarrying sector, it is not a major employer and therefore cannot replace the jobs and income losses from the other sectors. The same is true for the oil sector; it is a highly machine-driven sector and would not be a major employer of labour or a source of household incomes.”
The distressed state of the economy at the end of the first quarter of 2020, he pointed out, was the result of years of policy decisions, albeit poor ones, of a legitimate Government (for the most part), a sitting Parliament, and multiple national budgets.

It has been almost five months since General and Regional Elections were held, yet a winner has not been declared. While a recount has shown that the opposition People’s Progressive Party (PPP) won the elections, APNU/AFC has made a concerted effort to delay the transition of Government.

During this time, the country has been in a standby mode amid the COVID-19 pandemic. Government has provided no stimulus package for the economy and little help for those who have lost their jobs.
The situation is compounded by the fact that since there is no Parliament or fully functional Government, oil monies held offshore Guyana cannot be accessed. Singh, therefore, stressed that elections must be resolved as quickly as possible or all will suffer and sectors of the economy will collapse.

“If this election crisis is not brought to finality, entire sectors of the economy will collapse, unemployment will set historical records, the pace at which livelihoods are already being destroyed will increase even more acutely and unfortunately, lives will be lost, abject poverty in its worse forms will rise sharply, and decades of progress will be wiped out in almost an instant,” Singh noted.