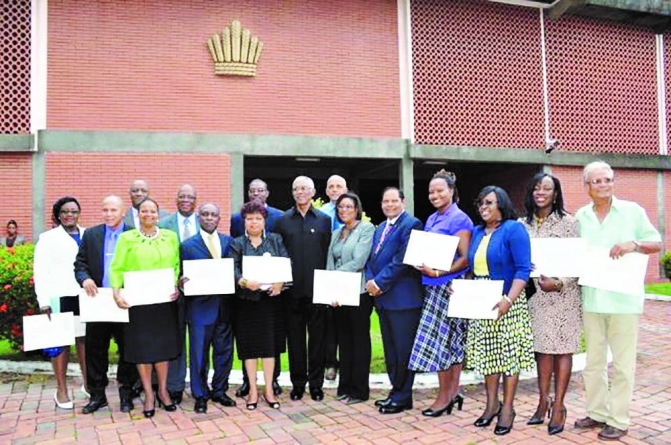 For years, the Audit Office of Guyana has unearthed wastage of taxpayers’ dollars, corrupt practice and other fiscal malfeasance; and, in the process, has made recommendations for how loopholes can be corrected. According to Auditor General Deodat Sharma, however, the former A Partnership for National Unity/Alliance for Change (APNU/AFC) Government ignored much of his recommendations.
In his 2019 Audit Report, Sharma noted that it became an annual practice for the former Government to keep repeating the same mistakes that he warned about in prior reports. In fact, as at 2019, some 83 per cent of his prior year recommendations remained unimplemented. 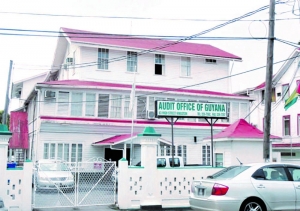 Sharma expressed concern over the lack of political will or action towards implementing his prior year recommendations, as evidenced by the fact that 83 per cent of his prior recommendations are yet to be implemented.
“In addition, in many instances, recommendations are repeated each year without appropriate action, and as a result, weaknesses and issues that impacted negatively on Government’s governance and accountability mechanisms continue to occur.

Once again, I encourage the Government, through the Ministry of Finance, the Accountant General’s Department, and the respective Heads of Budget Agencies, to take appropriate actions and put measures in place to address these recommendations,” the AG said in his report.
In his 2019 report, the AG highlighted a number of prior year matters that had still not been resolved. For instance, the Public Security Ministry has some $6.9 million in items that it procured since 2017 still outstanding.

The Auditor General had to urge the Ministry, which has since been renamed the Home Affairs Ministry, to comply with the Stores Regulations and to follow up with suppliers to have outstanding items from prior years delivered.
There is also the then Ministry of the Presidency, which spent $19 million to purchase Closed Circuit TV (CCTV) cameras in 2015, which are yet to be delivered.
“However, it was noted that the Ministry had engaged the Attorney General’s office on this matter,” the Auditor General wrote in his report, while adding that the then Ministry of Presidency, since renamed Office of the President, had informed him that they were following up with the Attorney General’s Chambers on the matter.

In his recommendations, the Auditor General urged the Head of the Budget Agency to follow up with the Attorney General’s Office on the matter, and to ensure that an update on the five-year-long outstanding supply of the cameras is submitted.
There are also overpayments dating from 2015 in the sum of $2.3 million that the Ministry of the Presidency is yet to recover. This overpayment was incurred when work was being done to erect a fence and security lights at building E- Castellani Compound.

The then Ministry of the Presidency (it has since been renamed Office of the President with the change of Government) also neglected to carry out various recommendations the AG made in his 2018 report, such as directives to cut down on the number of contracted employees, and instructions to correct breaches of Section 80 of the Fiscal Management and Accountability Act.
Failure to act on the non-delivery of items that suppliers were contracted to provide, as well as failure to recover monies overpaid for construction works were also highlighted by the AG in his report.