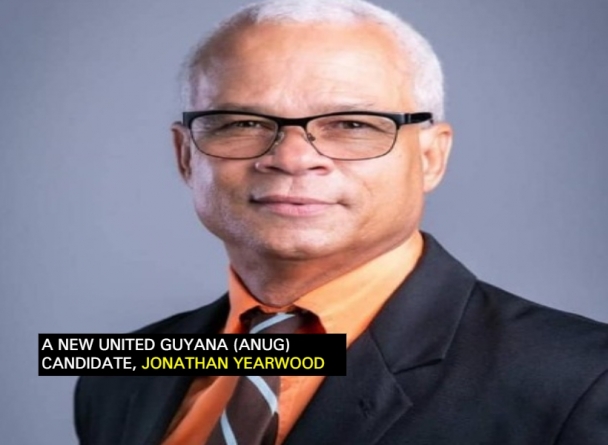 Executive member of A New and United Guyana (ANUG), Jonathan Yearwood was arrested but was later released on Friday following a clash between him and A Partnership for National Unity (APNU) activist, Carol Joseph.

Joseph had spent the afternoon, haranguing and harassing other representatives from other political parties- including some GECOM staff. It would appear that she arrogated to herself the role of enforcing an APNU line, which the GECOM staff was facilitating.

A video showed Yearwood, after the SOP count was shown to be a farce, projected from copies rather than original SOP’s getting very upset. After forcefully telling the RO that he would be judged harshly for the tragedy he was bestowing on Guyana he was leaving the GECOM headquarters when he was confronted by Joseph. She had been verbally abusing him from her seat and as he was leaving, she rushed towards him screaming and gesticulating in Yearwood’s face. In frustration Yearwood pushed her away.

However, Yearwood was arrested by Joseph remains untouched to continue with her obstreperous behaviour.

Earlier, it was reported that during the day, Joseph was creating mischief- first at the Command Centre where the tabulation exercise was being conducted earlier.

At the Command Centre she was heard passing instructions to Returning Office of Region Four, Clairmont Mingo and using abusive languages to representatives from other political parties.

She even referred to Private Sector Commission member, Kit Nascimento as “Stinka”. Earlier, she also used derogatory remarks at Yearwood who ignored her.

Despite being loud and offensive, she was not asked at any point to leave the premises but others from various political parties were asked to leave whenever they made an objection.

Carol Joseph was involved with several confrontations in the Reg 5 RDC where she was a Councillor. She was involved in a case where a nurse from Fort Wellington Hospital was transferred because she revealed that Joseph was collecting a narcotic drug without a prescription.