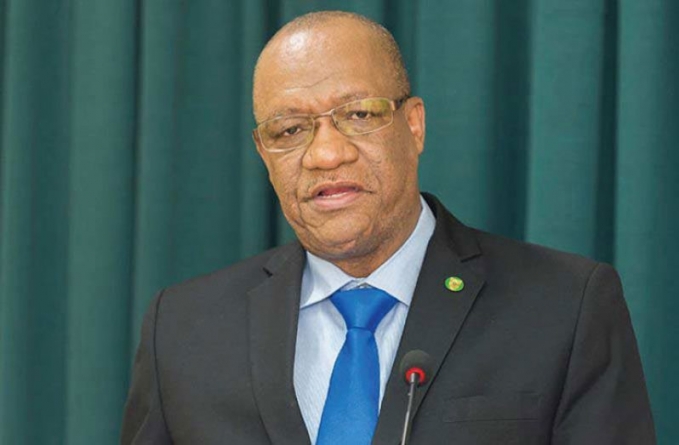 After launching a vicious attack campaign against the international community over the past five months, A Partnership for National Unity/Alliance For Change (APNU/AFC) Coalition has apparently flip-flopped on that position and is now looking to lobby global agencies and foreign governments.

The party on Thursday said its “presumptive” Opposition Leader, Joseph Harmon, has written several heads of government and the international organisations, outlining that “based on the vast amount of evidence” the APNU+AFC Coalition “believes, and intends to prove, that the elections held on March 2 lacked credibility and legitimacy”.

However, Attorney General and Legal Affairs Minister Anil Nandlall has called out the coalition over this new approach. In a post, Nandlall posited that “anyone living in this hemisphere would have been familiar with Harmon and his rigging cabal’s relentless efforts for over five (5) successive months, day in and day out, to steal an entire Government, hijack the will of the majority expressed by the ballot, slaughter democracy, trample upon the Constitution, and make a mockery of the rule of law. All of this was showcased on a global platform.”

He went on to remind that, “During that period, anyone who dared uttered a word in defence of righteousness was publicly vilified, verbally abused, and their character assassinated in the most vile, vulgar, and in some cases racist fashion. Caribbean brothers and sisters, foreign friends and international organisations were denigrated and accused of “interference” and “attacking sovereignty”.”
In fact Nandlall, who played an instrumental role for the now governing PPP/C during those five months of political and electoral impasse, recalled that even the judiciary was not spared, with judges who ruled against the Coalition also facing vicious and scurrilous ridicule publicly.

“Guyanese were accosted, threatened and abused in person and on social media platforms in the nastiest possible ways. So, I ask again, to whom is Mr. Harmon preaching? And then again, what is he preaching? I have read the statement. It is one of the rare occasions where the message is as atrocious as the messenger,” he asserted.

In the missive, the APNU/AFC said Harmon wrote the Secretaries General of the United Nations (UN), Commonwealth, Amnesty International, Caribbean Community (CARICOM) and the Organization of American States (OAS) as well as the Presidents of the United Nations Human Rights Council (UNHRC), the Inter-Parliamentary Union and ParlAmericas, the Chair of the Commonwealth Parliamentary Association, among others.

Harmon, who on Wednesday confirmed that he has been selected to be the Opposition Leader of the Coalition, has also written to several foreign countries, including the United States, Canada, the United Kingdom and to the Prime Ministers and Leaders of the Opposition of all CARICOM countries and the European Union (EU), as well as to the Inter-American Development Bank and a number of local organisations, including the Guyana Human Rights Association (GHRA), the Private Sector Commission (PSC) and the Georgetown Chamber of Commerce (GCCI), among others.

In the correspondence, he complained about “a discriminatory and vindictive witch-hunt of professionals and public servants is underway” in Guyana, and that the APNU+AFC Coalition views all of the foregoing as “grave, worrisome and very disturbing” developments.
After discrepancies following the March 2 General and Regional Elections, a National Recount – agreed to by then President David Granger and Opposition Leader Bharrat Jagdeo – was conducted. It showed that the PPP/C secured 233,336 votes while the APNU/AFC obtained 217,920 votes – a difference of 15,416 votes.

However, despite a team of scrutineers from CARICOM, a block deemed the “most legitimate interlocutors” by the Coalition, certifying the results, the APNU/AFC refused to accept the outcome of the recount exercise.
This behaviour by then Coalition regime was condemned by CARICOM – in both its former Chair, Barbados Prime Minister Mia Mottley, and current Chair, Prime Minister of St Vincent and the Grenadines, Dr Ralph Gonsalves – as well as the ABCE (United States, United Kingdom, Canada and EU) diplomatic community here, among others, all of whom insisted that the recount results must form the basis of a declaration by the Guyana Elections Commission (GECOM).
However, everyone came under attack by the Granger-led Coalition, who accused them of interfering in Guyana’s internal affairs and electoral process.

In fact, in one occasion in June, Harmon had accused then incoming CARICOM Chair, Dr Gonsalves, of being prejudicial, after he declared during an interview that the regional bloc would not accept the setting aside of the results emanating from the recount, and further, will not “tolerate anybody stealing an election.”
Harmon had also previously criticised former Jamaica Prime Minister Bruce Golding, who had led the OAS observer team to monitor the electoral process.
Presenting his preliminary findings on the Electoral Observation Mission to the OAS Permanent Council on May 13, Golding said, “I have never seen a more transparent effort to alter the results of an election…it takes an extraordinarily courageous mind to present fictitious numbers when such a sturdy paper trail exists.”