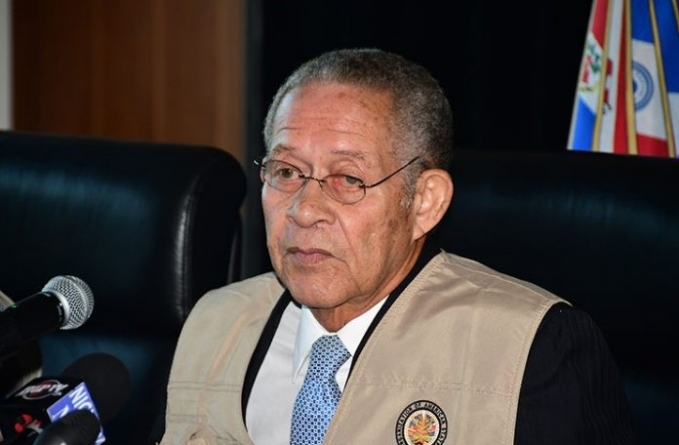 The APNU+AFC Coalition said it has taken note of the statement issued on Friday by the Organization of American States Observer Mission to Guyana and that it is alarmed by the missive.

“The APNU+AFC is alarmed by what purports to be a wholly partisan statement which fails to take into account the provisions and procedures set out in the laws of Guyana and the ruling of the Chief Justice as to the methodology to be employed for the tabulation of votes,” the coalition said in its statement.

It said too that the head of the mission former Jamaica Prime Minister Mr. Bruce Golding who left office mired in controversy has found himself in another controversy as leader of the OAS delegation to observe the Guyana 2020 elections.

“Prior to his arrival in Guyana, Mr. Goulding had admitted that he is a close personal friend of Leader of the Opposition Mr. Bharrat Jagdeo and other leading members of the People’s Progressive Party. Mr. Golding is also an avowed self-confessed house guest of Mr. Jagdeo at his seaside mansion,” the coalition said.

The coalition said the Government of Guyana took Mr. Golding at his word that notwithstanding his intimate relations with the political opposition he could and would remain impartial. “Recent statements and action by the OAS Observer mission now leave many to question whether or not the PPP managed to compromise him and his colleagues,” the statement concluded.