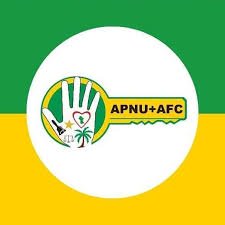 The A Partnership for National Unity +Alliance For Change (APNU+AFC), has accused the international community of partisan behaviour since it failed to join the administration in condemning voter irregularity.
These irregularities were claimed to have been unearthed by the coalition during the national recount process. To date, there has not been a shred of evidence in support of such claims.

The coalition, in a statement to the press yesterday, indicated that it found the alleged fraud that was found in some 1,261 ballot boxes “in the presence of local and international observers, members of the diplomatic community and election agents from all of the political parties” to be “unconscionable”. It is against this that the coalition lamented over the fact that the international community has remained silent.
The coalition said, “These groups with their continued silence on this fraud have displayed their absence of fairness and impartiality which has spawned suspicion and lack of trust amongst the more than 236,000 plus APNU+AFC supporters who voted in these elections.”

It is important to note that the voters the coalition claimed voted for the party include the ghost voters added by infamous Region Four Returning Officer (RO), Clairmont Mingo.
The national recount of votes had proven that Mingo rigged his district’s tabulation process and, in doing so, conjured more than 15,000 ghost voters in his unsuccessful bid to secure the APNU+AFC coalition a fraudulent victory in this year’s elections.

Mingo’s General Election declaration of Friday, March 13, 2020 gave the Coalition 136,057 votes, while the recount showed the correct figure to be 116,941 votes, indicating that the RO fraudulently inflated the coalition’s Region Four total by 19,116 votes. His declaration also gave the PPP/C 77,231 votes when the party’s rightful total – according to recount figures – is 80,920 votes. This indicates that Mingo exacted a deflation of 3,689 votes on the party.

The votes taken from the PPP/C were not enough to offset the votes given to the coalition, hence, about 15,427 ghost votes were added by Mingo to the total number of valid votes cast. While the recount showed that 202,077 valid votes were cast in the Region Four General Election, Mingo’s declaration had taken the total up to 217, 425.
However, the results of the national recount tabulation show that the PPP/C has won the recount with a grand total of 233,336 votes against the APNU+AFC Coalition’s 217,920 votes.

Another important point to note is that many of the baseless claims of voter impersonation and irregularity claimed to have been unearthed during the national recount have been debunked by many Guyanese—as shown in a series of extensive and verifiable articles published by Kaieteur News.
While the international community has not condemned the misinformation campaign, which APNU+AFC has engaged in during and after the recount, the statements of the international community have held one collective thrust: ‘Declare the results of the recount now’.

Meanwhile, the PPP/C said in a statement yesterday called the APNU+AFC release an “inane and incredulous” one, which rehashes a set of issues that has long been overtaken by events and judicial pronouncements from both the High Court and the Caribbean Court of Justice (CCJ).