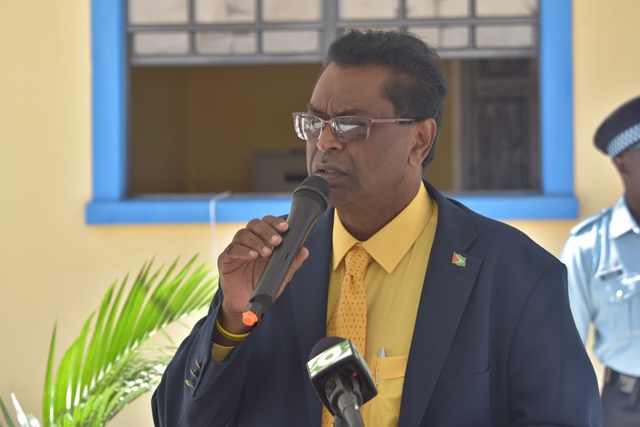 Leader of the Alliance For Change (AFC), Khemraj Ramjattan believes that while A Partnership for National Unity (APNU) will survive the current internal turmoil it is facing, its coalition partner must address concerns of the parties within its partnership.

Of recent, the APNU – which is the majority party in the coalition – has been embroiled in an internal power struggle that has been playing out publicly.
In fact, one of the parties in the five-member partnership – the Working People’s Alliance (WPA) – has already withdrawn from the APNU and another, the Justice For All Party (JFAP) has also threatened to leave.
However, Ramjattan told reporters during a virtual press conference on Friday that he is aware that talks are ongoing between the leaders of the APNU and these two parties and he expects that the issues will be resolved.

“I do not see the problems being that egregious, going to fundamental principles and core issues, that it cannot be resolved. I believe that APNU is going to survive at this time in this context of at least two of its members asking some very serious questions, which must be answered,” Ramjattan stated.
Since its defeat at the March 2, 2020 General and Regional Elections, the APNU/AFC coalition has been trying to keep its wits together.
In fact, the People’s National Congress Reform (PNCR), which is the leading party in the APNU faction of the coalition, has been publicly embroiled in disunity and power struggles among its members.

Reports are that senior members within the PNC are dissatisfied with the performance of current leader and former President, David Granger.
Only recently, there was uproar over the APNU/AFC-formulated list of Members of Parliament. The list was handpicked by Granger with little to no consultation within the coalition, and has been intensely criticised by party members.

Notably, PNCR stalwarts such as Chairwoman, Volda Lawrence; the party’s General Secretary and Chief Whip in the 11th Parliament, Amna Ally, and former Attorney General Basil Williams were excluded from the coalition’s MPs list.
This sparked outraged amongst some party members including former MP James Bond, who himself was also left out of the parliamentary list. Bond went on a tirade against Granger on social media. Bond criticised the PNC and its current leadership for not consulting with the party’s membership before making its decision on the parliamentarians.

The lawyer went further to blame Granger’s leadership for making the party lose the March 2 General and Regional Elections, as he threatened to rewrite the former President’s legacy and dismantle Granger’s “cabal.”
Following this, a former PNCR Executive Committee Member on Tuesday also wrote a stinging rebuke against the party leader, and blamed him for the current disunity and power struggle within the party.
According to that member, Lurlene Nestor, under Granger’s leadership, the party has been beset with power struggles; an aloof leader, who failed to reconnect with those who put him in power; and an unwillingness to accommodate criticism from within the party.

Meanwhile, only in the recent past, the AFC also had a tug-o-war with its majority coalition partner. The party had to settle for a 30-70 per cent division of parliamentary seats – a significant reduction from the initial 40-60 per cent arrangement.
As such, when Guyana’s 12th Parliament convenes next week, AFC will be taking up nine of the 31 seats allotted to the coalition.

In fact, the process for selecting the parliamentary list was cited as one of the reasons that caused the fallout within the APNU. Both the WPA and JFAP have complained of not being consulted by the PNC before the decision was taken on the Parliament list – something which they say was a practice within the political grouping.

Nevertheless, Ramjattan, who was Granger’s running mate at the March elections, is confident that APNU and AFC will overcome these issues.
“It is true that the longevity of a coalition depends, at the very heart, as to how cohesive that the various components of that coalition can remain and it is a good thing that at least APNU is engaging its two partners… So it is important that we await the outcome of these talks and engagements of these two members of APNU with the leaders of APNU,” the AFC leader posited.