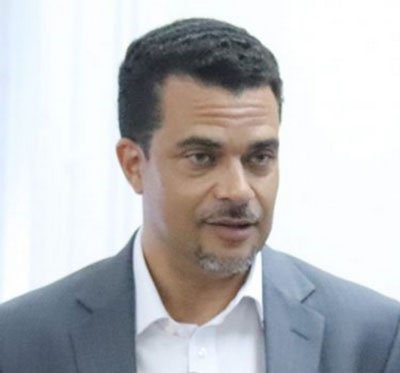 With a tense nation still awaiting the results of the March 2 elections with no clear idea of when this will be revealed, A New and United Guyana (ANUG) executive Timothy Jonas has urged the PPP/C to reach out to the APNU+AFC and agree to a truce before results are announced.

Jonas said that both sides should meet before an announcement of the results as he believes that the APNU+AFC will lose these elections and their supporters will be incensed given that their leaders have already announced a win.  He said the volatility of such a situation will take this country back years developmentally while adding to its “embarrassment” globally.

“If APNU now has to go back to the people and say whatever we told you we are now taking it back, we are recanting and we were wrong or however they want to put it, it places them in such an invidious position; more so if the count is done properly and they lose,” Jonas yesterday told reporters, following the High Court announcement by Chief Justice Roxane George-Wiltshire that the court has jurisdiction to rule in the elections matter before her.

The PPP/C has filed suit seeking full verification of the vote for Region Four at Monday’s general and regional elections prior to the declaration of a final result.

“There comes a stage when your back is against the wall, when the cliff is facing you, that somebody has to make an accommodation. And in this regard, I hope that [PPP General Secretary] Bharrat Jagdeo and his agent Irfaan Ali, I hope that they can find some way, that they can hold out an olive branch and say to Mr (David) Granger and say to his followers, this is how we can do it in a way that you can face your people and if you end up out of office or out of government, you can walk down the road without fear of somebody abusing you,” Jonas said.

The ANUG executive believes that the APNU+AFC will need assurance that its constituency and leaders would not be targeted by the PPP/C before the coalition would even entertain telling its supporters that it has lost, for fear of a backlash.

“If they have to say to all of their people now, with all the celebration Imran Khan organised on Lamaha Street… and say ‘man I’m sorry’, they are in an untenable situation and I don’t know how they can redeem that,” he said.

Against this backdrop, Jonas said that he will personally and formally engage with Jagdeo to recommend “an olive branch” approach to the issue because he feels that the party has to absorb half of the blame.

“I believe that there needs to be some way, some little door of escape, to allow APNU to retract from their position so that we can move forward because right now their backs are against the wall and they have committed to a position and it would be hard to for them to retreat from that position. I will speak to him [Jagdeo] and I will make a statement, if I can. I have been deliberately trying to avoid contact with the PPP, because, as I have said many times, the PPP are co-authors of this disaster. This system where we have three PPP and three APNU commissioners sitting down is co-authored by the PPP. The PPP had 23 years to fix this and sat down comfortable in the cushiony coffers of the government, enjoying the good and smugly made no effort to change it for the good of Guyana,” he added.

The ANUG executive said that he hopes that regional and international intervention may help in bringing about a remedy, even as he called on the Caribbean Community (CARICOM) to lend its voice.

“I am a man of the pen, CARICOM is of the pen and we are [at] the stage where men of the sword are threatening to take over. There was an order of court that was made and we see that order of court is being toyed with. It is a piece of paper. I hope CARICOM can help, I hope anybody can help. I hope we do not have unrest on the streets,” Jonas said.

Last week, ANUG, along with five other parties, called on the international community, to put pressure on the David Granger-led APNU+AFC.

“We call on them [the international community] to do something a bit more strenuously than their watered down statement,” Jonas told a joint news conference hosted with the PPP/C, the Liberty and Justice Party, Change Guyana, The New Movement, and the United Republican Party.

“We are at a desperate strait…GECOM [the Guyana Elections Commission] led by [Returning Officer Clairmont] Mingo and cohorts have hijacked the system… [There’s] no harm greater to a country than electoral fraud…we have to ask the international  community for help, the business community, citizens, the ordinary many… it’s time for a change,” he added.

Although the verification of the tabulation of the votes that had been underway since Tuesday was not completed, Mingo attempted to announce results for Region Four at the Regional Office at GECOM’s Command Centre, but was drowned out by protesting party agents. It was not clear that a declaration was made.

And despite an injunction in place preventing it from making a declaration of the total vote count from last Monday’s elections, GECOM on Saturday continued to move ahead to finalise the results, with  Chief Election Officer (CEO) Keith Lowenfield requesting that a meeting be called so that he may submit his final report.

The GECOM Secretariat also published on its website what it called the “certified” copies of the declarations submitted to the CEO by each of the Returning Officers for the ten electoral districts, including for Region Four. These results have been mired in controversy as international, regional and local observer missions have said the verification of the tabulation was not completed in keeping with the law. Questions also remain about the final count in regions Three, Five and Six.

The PPP/C challenged the results and went to court seeking that the full verification process, as prescribed by law, continues for Region Four before any other decisions could be made. The Chief Justice yesterday afternoon ruled that the court has jurisdiction in the case, which was brought by a supporter of the PPP, and that matter has been set for tomorrow at 3pm.

The Chief Justice’s ruling means that she will hear arguments on the substantive case and there is therefore no likelihood of the swearing in of a new president until the case has been disposed of.

For Jonas, each passing day makes the situation in the country more fluid and has the propensity to agitate the populace. It is why he wants both sides to work to finding a resolve that puts country first.