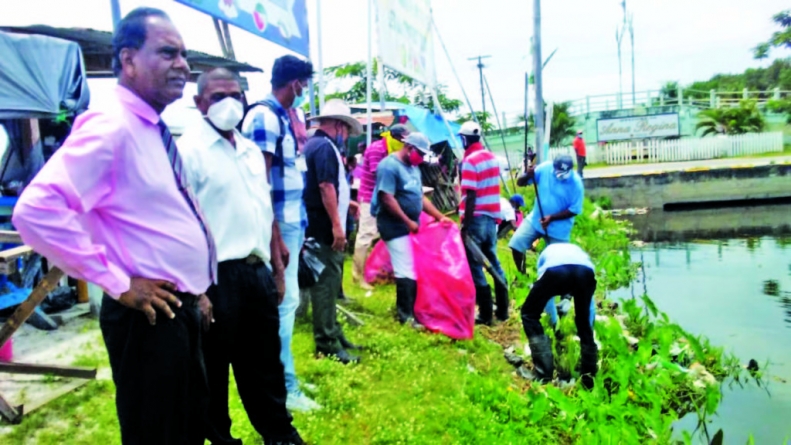 On Monday the township of Anna Regina on the Essequibo Coast, Region Two (Pomeroon-Supenaam), launched a clean-up campaign.

Mayor Rajendra Prabhulall told this publication that he will be reaching out to the business community in the region to get on board the initiative. He added that the township will be working closely with Puran Brothers – the company contracted to dispose of all household garbage – and the business sector to have a more efficient disposal system.

According to the Mayor, the regional administration is currently in discussions to locate an appropriate site for industrial waste. This type of waste, he said, is problematic.
Council workers started on Monday to clean in and around the Anna Regina and Cotton Field Markets. Works will commence shortly on the road shoulders and streets, also, blocked drains will be cleared.
The Mayor called on residents to stop dumping garbage in trenches, open spaces and road corners. Prabhulall noted that Anna Regina should be a beautiful town where people will be eager to visit because of the many historical sites and important places within its borders. He noted that he is very much thankful for the quick response of the regional administration in assisting with fuel and fixing the many potholes on the streets and roadways within the township.