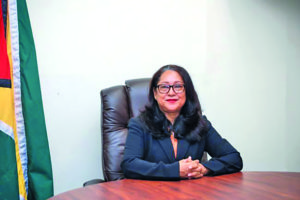 The rich and diverse culture of Guyana’s first peoples will be on display and celebrated during the month of September as the Ministry of Amerindian Affairs launches its calendar of activities for the annual Amerindian Heritage celebration.
This year’s activities will be observed under the theme “Fostering Traditional Practices for a Safe Environment,” in keeping with the novel coronavirus (COVID-19) safety guidelines.

During a virtual media launch on Friday, Minister of Amerindian Affairs, Pauline Sukhai said that the aim is to ensure the much-anticipated celebration is observed in a manner that does not put the nation at risk of contracting the virus. 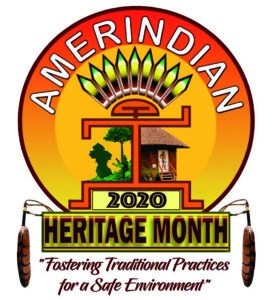 According to a report from the Department of Public Information (DPI), the Minister explained that the theme is significant and timely since it is through their traditional practices that Indigenous people continue to secure and achieve desirable outcomes for social and economic balance in their way of life.
“Amerindian peoples continue to safeguard the natural environment which has contributed to robust climate change practices; the forest, waterways and ecosystem continue to provide significant support to the way of life of Guyana’s Amerindians; customs and traditions and traditional practices are manifested in the talents and cultural heritage displayed by our people,” Minister Sukhai pointed out.

It is against this background that the Government has collaborated with other stakeholders to facilitate activities to observe, recognise and pay tribute to the Amerindians of Guyana.
As part of the month of activities, there will be a ceremonial launch on September 1 at 11:00h, where President Dr Mohammed Irfaan Ali will deliver the feature address.
There will also be remarks by Minister Sukhai along with other Amerindian leaders.
A new feature that will be introduced this year will the online marketing of Amerindian craft and other products.

The Ministry’s Principal Regional Development Officer (PRDO), Anil Roberts, explained that the Ministry has received a list of products that will be showcased. Interested persons who are not on the list can contact the Ministry to have their products showcased throughout the month.
Cultural presentations by various groups will be broadcast live on the National Communications Network (NCN) and Department of Public Information (DPI) as well as the Ministry’s Facebook page every Wednesday, Friday and Saturday during the month.

From September 7-30 there will be an Art Exhibition, where the work and talents of the renowned Amerindian artists will be showcased. There will also be live coverage of the exhibition.
Amerindian cuisine will also be a highlight of this year’s observance, where persons can sample various dishes that will be made available by the Ministry free of cost every Wednesday during the month. Interested persons are asked to reserve their preferred dish once the dates are announced.
“We encourage all who have the time and who love our dishes to come and enjoy the menu of food that is provided,” Minister Sukhai encouraged.

Meanwhile, the life and work of Stephen Campbell will also be observed, as well as educational lectures for the benefit of, particularly school-aged children. Villages will also have a chance to showcase their culture live.

Amerindian Heritage Month has its origin on September 10, 1957, when Stephen Campbell became Guyana’s first Amerindian selected to be a Member of Parliament.  It is for this reason that Amerindian Heritage Day is celebrated on September 10th every year.
Minister Sukhai explained that the cost attached to these activities will not exceed $15 million since the activities will be done virtually.

In 1995, Guyana’s then Prime Minister, Dr Cheddi Jagan, officially designated September as Amerindian Heritage Month, giving the Indigenous population a chance to showcase their way of life.
Apart from the distinctive languages of the Patamona, Akawaio, Wapichan, Makushi, Wai Wai, Carib, Arecuna and Arawak, Amerindians are known for their craft-making skills and unique array of foods that are usually made from cassava and other ground provisions. As such, the heritage celebration allows for the wider Guyanese populace to experience the Indigenous culture profoundly.