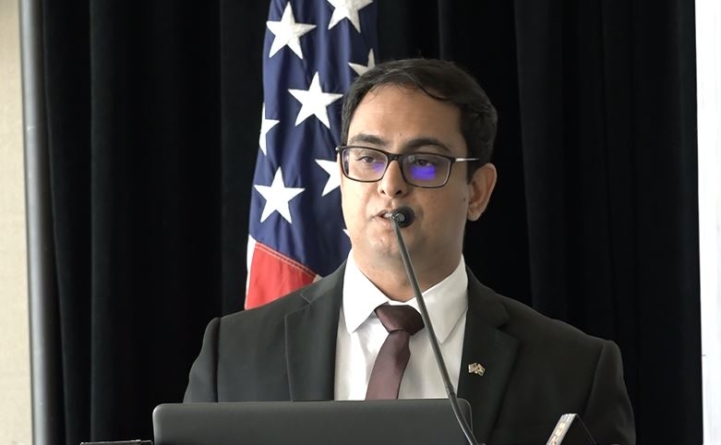 American Chamber Guyana (AmCham) has pledged its continued support to the election process and further engagements with the Guyana Elections Commission (GECOM), in the interest of ensuring free and fair elections.

This was communicated by AmCham President, Zulfikar Ally, during a training seminar held with the media on Saturday at Palm Court. According to Ally, the importance of free and fair elections to the country as well as to the business community and investments cannot be overstated.

“AmCham wishes to play its role, along with GECOM, the US embassy and the substantial number of both local and international stakeholders in ensuring credible, peaceful elections. The Chamber and its members have a vested interest in the development of Guyana and recognise the strong link between democracy, economic development and business success.

“With this in mind, we intend to continue supporting activities that promote democracy in Guyana. We will continue to work closely with the US embassy in Guyana, Ambassador Lynch and her team and with Justice Singh and her team at GECOM.”
In his address, Ally went on to urge media houses to be accurate in their reporting. It was a point reinforced by the United States Ambassador, Sarah Ann-Lynch. She went a step further, however, noting the importance of citizens doing some fact-checking of their own.

“The US Embassy is in the midst of a social media campaign that we gave the hashtag check for yourself. The campaign is aimed at stopping the spread of misinformation online. Unlike journalists, the average [person] may lack access to powerful facts and figures or the resources to seek out additional sources for a claim on their own.”

“But this campaign encourages all Guyanese to recognise that freedom of the press requires citizens to bear the responsibility with journalists to always stop, reflect and verify to stop the spread of misinformation,” she added.
The training exercise, which is a collaboration between the Guyana Press Association, GECOM and AmCham, concludes today. At the exercise, various officials from GECOM explained the processes involved in covering elections.