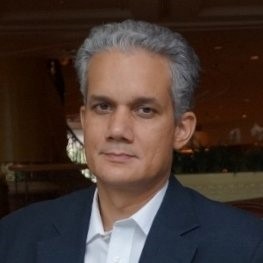 Former Advisor to the President, Dr. Jan Mangal, yesterday said that all contracts made in the four months of post elections have to be rescinded, as they were rushed and were not signed for the benefit of the people.

He was, at the time, commenting on a revelation by this newspaper that Minister of Finance Winston Jordan secretly tied Guyana to a US$14.6M contract with the Islamic Development Bank (IsDB) for a hydropower project, on the final day of the elections recount.

The national recount had confirmed that the APNU+AFC Coalition lost the elections to the PPP/C by 15,416 votes. However, the Coalition has refused to accept defeat, and has resorted instead to supporting several attempts to alter the results in a manner, which would hand it a false victory.

This has resulted in an electoral process, which has lasted four and a half months, and counting. What has become evident, owing to this newspaper’s reporting, is that the government has been forging ahead with appointments of boards, as well as contract signings in the period following March 2.

“All of these contracts were rushed,” Dr. Mangal said, “and were not signed for the benefit of the people of Guyana. You cannot get a good deal when you are rushed and your objectives are flawed.”
“Remember the contract for the Stabroek Block!” Mangal posited.

Internationally respected non-governmental organization, Global Witness had found that the 2016 deal signed with oil major, ExxonMobil, was done quickly and non-competitively, with Minister of Natural Resources, Raphael Trotman, presenting ExxonMobil with feeble negotiation terms and ignoring expert advice that more financial information was needed before he signed the license. What was the result? The Production Sharing Agreement (PSA) for the Stabroek Block has faced international condemnation for its lopsided provisions, and estimation by Global Witness that Guyana will lose out on US$55B over the life of the contract.

Like the Stabroek Block agreement, the US$14.6M IsDB contract was not subjected to parliamentary scrutiny, as Guyana is without a Parliament.
“All these contracts over the last four months have to be rescinded,” Dr. Mangal said.
Pointing to Jordan, who signed the IsDB contract, Dr. Mangal said “Remember, it was the Minister of Finance himself, who denied knowledge of the signing bonus in 2017, when he knew about it.”

When it was later brought to Jordan’s attention that he was accused of lying about the Exxon signing bonus, Jordan claimed that he did not lie. He said that he was asked whether Government received a US$20M signing bonus, and that if they had simply asked about a signing bonus – unqualified – that it would have been another story.
The Minister’s penchant for secrecy, as noted by Dr. Mangal, has replicated itself even recently.

Following this newspaper’s exposition of the US$14.63M IsDB project, Jordan’s Finance Secretary, Michael Joseph, on Monday sent out a circular warning the Ministry’s staffers not to publicly discuss Government business.
Dr. Mangal would not have it.
“Secrecy is for thieves,” Mangal said, “We need complete transparency in public service.”