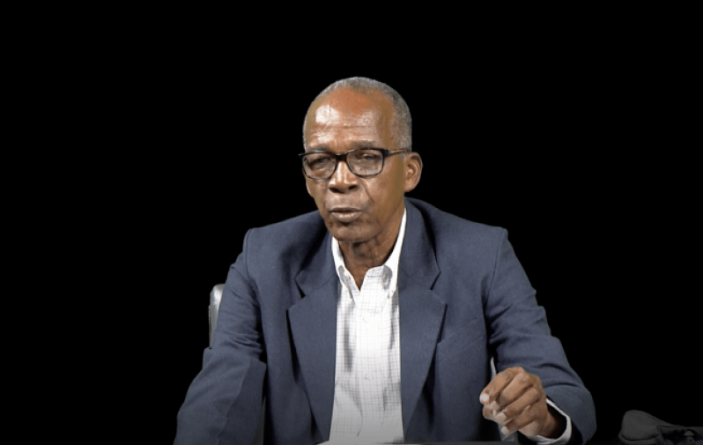 SIMILAR to the attempt by Canadian-owned Guyana Goldfields to transfer Aurora Gold Mines (AGM) employees to Peruvian contractor, STRACON, in 2019, new AGM owner, China’s Zijin Mining, recently informed that it was transferring some 141 AGM employees to its mining contractor, “Sinohydro Corporation Limited”.
However, Minister of Labour, Joseph Hamilton, said how the transaction is being done is not in keeping with the labour laws of Guyana. Minister Hamilton noted that that was among the issues that will be looked into when a team from the Ministry of Labour (MoL) makes a trip to AGM next Monday, where he will be making his clear position on the issue.

AGM was acquired by China’s Zijin Mining, earlier this year, from Guyana Goldfields for US$238 million.
AGM Administrator and Human Resources Manager, Frank Liu, on November 8, wrote to its employees’ union, the National Mine Workers Union of Guyana (NMWUG), informing that the company would be outsourcing its stripping and mining activities to Sinohydro Corporation Limited. As such, AGM said that it was transferring the employees over to the contracted company.

The letter issued by Liu noted that the number includes a total of 24 permanent employees and 117 employees who were hired on a three-month contract.
“The effective date of termination and transfer for the permanent employees shall be November 01, 2020 and for the contracted employees the transition to the contractor will commence from December 14, 2020 until January 2021, during which time their various three-month contracts will expire and their transition to Sinohydro will commence,” the letter read.

The letter also added that: “All of these employees shall continue to enjoy all of their previously applied conditions and benefits which shall be no less favourable and they shall continue to enjoy their representation of the recognised labour union.”
Minister Hamilton, however, said that, from all advice, the manner in which the changeover was being done was not in keeping with proper procedure required by Guyana’s laws.

TOTAL BREACH
“My consultation with the Chief Labour Officer [Charles Ogle] is that that is a total breach of the labour laws. It’s not a transfer within a company, or to a sister company, it’s a contractor they brought in and they have indicated to the employees that you have to go work with this contractor. I can’t be working for you and then without my consent you send me to another company. All of those issues I would deal with,” Hamilton said.
The minister noted that his ministry has also been receiving reports of employees at some international gold mining companies being told or threatened not to join a union, and this too will be investigated on the trip.

In 2019, AGM, at the time owned by the Guyana Goldfields, had entered a mining contract with STRACON, and had attempted to transfer the employees to that contracted company; however, the situation led the employees to embark on strike action in protest.

The employees contended that the changeover was not merely a transfer but a termination by AGM and rehiring by the new company, the biggest effect of which would have resulted in the employees losing their years of service at AGM.

As such, the employees, at the time, argued that they were entitled to severance pay from Guyana Goldfields.