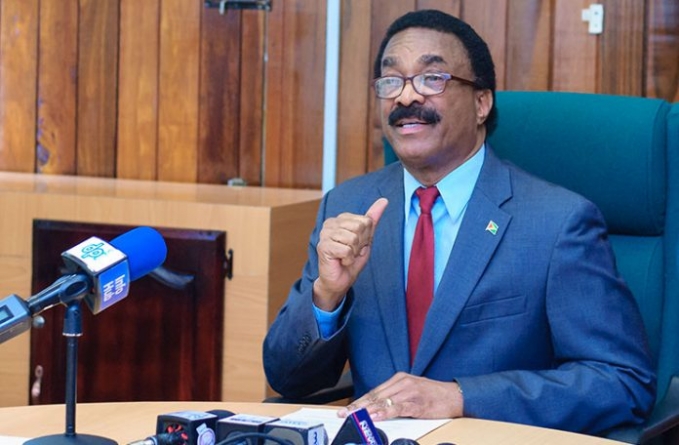 RECENT statements by Opposition Leader, Bharrat Jagdeo that the portfolios of the prime minister and ministers of government cease to exist during an elections period have been shot down by the Attorney General, Basil Williams.

Williams told the Guyana Chronicle that there are provisions made in Article 183 of the Constitution of Guyana regarding the tenure of a minister.

He made reference to sub-heading two of Article 183 in which it is stated that the office of any minister shall become vacant if the holder of that office (a) ceases to be a member of the assembly for any cause other than dissolution of parliament.”

Williams said what is clear from that provision is that the “dissolution of parliament is not a move in which [a minister] ceases to hold his/her portfolio.”

He added that in sub-paragraph three of Article 183, it is noted that there are provisions which indicate that the existence of a minister is tied to the President.

It is stated in that provision that the office of the minister shall become vacant if he/she resigns it by writing under his/her hand addressed to the President and , if the President so directs. Williams said, “All these things are in consonant with what is said in Article 183.”
Recently, a ministerial task force was formed to address the health situation in Guyana regarding the COVID-19 (coronavirus) and according to Williams, the mere existence of the task-force is an indication that at any point in time, the country cannot function without a government.

Williams deemed the statement by the Leader of the opposition as “erroneous” and “ridiculous” and according to him, even the Caribbean Court of Justice in its rulings of the December 2018 no-confidence motion made reference to the tenure of ministers.
He recalled that the CCJ noted in its judgment that the Cabinet and President would remain in office until elections are held and a new President is sworn in.