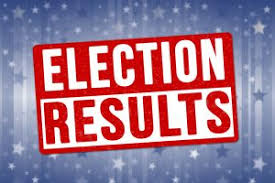 With eight regions having declared results, the opposition PPP/C is leading APNU+AFC by roughly around 52,500 votes in the regional component of Monday’s general and regional elections with Demerara/Mahaica and Cuyuni/Mazaruni still to be declared.

The regions declare results on the regional section of the ballot paper and these mostly mirror what appears on the general section and what will be finally declared by Chief Election Officer Keith Lowenfield. (See box in opposite column.)

The Region Four result is therefore anxiously awaited. However, the Region Four Returning Officer, Clairmont Mingo terminated proceedings early last night saying that he was tired. Today, he fell ill and had to be rushed to the Georgetown Hospital. He was discharged and returned to work but a new controversy has erupted at the Region Four office in High Street over Statements of Poll and this has further delayed the process. The new controversy is being keenly watched by  international observers and the political parties at the Ashmins building.

It is now unclear when Region Four might declare and when a final declaration of results from Monday’s election might be possible.