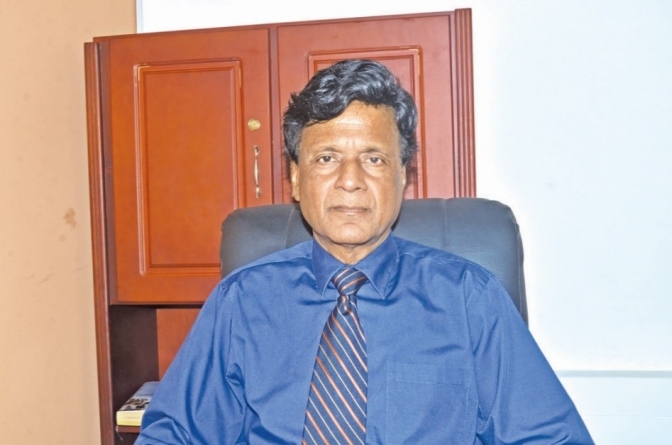 The Ethnic Relations Commission’s (ERC) National Conversation on Improving Ethnic Relations in Guyana saw presentations from a number of speakers, including former Parliamentarian Ravi Dev whose recommendations included using Guyana’s education system to tackle racism and affirmative action for groups who were discriminated against by the state.

This point was made by former Member of Parliament Ravi Dev, when given the opportunity to make a presentation on behalf of Indian Guyanese during the virtual discussion on Monday. Dev, who once represented the Rise Organize and Rebuild Guyana (ROAR) party in the National Assembly, made it clear that racism must be confronted at the educational and institutional levels.
“We cannot escape the elephant in the room, which is anti-African racism, which is universal. So, it’s not just in Guyana, it’s all across the world. It’s a systemic worldwide feature that comes out of the European project to put themselves as the universal (standard for determining group worth),” Dev explained during his presentation.

“So, our educational system will have to attack anti-African racism, which is everywhere. We believe that a decentralized state will assist in that. And we must have multiculturalism introduced into Guyana that will make all cultures, especially those who were neglected, put on an equal footing and we all have an equal claim to our national patrimony.” He called for a “ministry of multiculturalism” to implement the equality of all cultures.

Anti-Indian racism
Expanding on the practice of racism in Guyana, Dev in his written submission which could not all be presented due to time constraints, pointed out that anti-Indian racism started upon their arrival in Guyana when they were despised and derided by all groups including the newly freed ex-slaves. In the modern era, this racist attitude towards Indian-Guyanese (and Indigenous Guyanese) has been perpetuated and their way of life derided.

African Guyanese, for instance, propose that because of their prior arrival, unrecompensed slave labor, earlier westernization/ “civilization”/Christianization etc. they have a greater entitlement to the national patrimony – especially vis a vis Indian Guyanese. This claim demand they control the state, for distribution of resources to their group.
Indian Guyanese counterclaims that they “saved” Guyana as a viable proposition in the 19th century with their indentured labor and from Indigenous Guyanese that this was their country to begin with, is given short shrift.

This claim of greater legitimacy extends further into the political realm in that Indian and Indigenous Guyanese have been culturally defined out of what it means to be “Guyanese”. This is, by and large, equated with an African-Guyanese ethos.
In politics, therefore, the premise of the modern state system and its political equality of citizens – one man one vote etc. – which can lead to an Indian Guyanese party securing a majority – even in coalition – is not accepted to many African/Coloured Guyanese.
It is as if the original US definition of the Black man being only three-fifths human has been transferred to Guyana and applied to Indian and Indigenous Guyanese.
This anti-Indian racism will also have to be confronted through educational and institutional changes.

“We must also address the influence that different cultures have on conflicts in plural society. We must also inculcate civic nationalism (which comes out of equality in all areas of national life guaranteed by the constitution for all citizens) and not be ashamed to say that it does not necessarily conflict with ethnic nationalism (which comes out of each group being facilitated equally to practice their culture) We must enforce all equal rights for all citizens. And we must accept that political democracy has become a reality.”

Political System
He pointed out that with Guyana now a nation where all groups are minorities and cannot secure a majority from any one ethnic base); political parties have had to reach across the political divide to gain a majority in electoral votes. According to him, A Partnership for National Unity (APNU) did this by coalescing with the Alliance for Change (AFC) for the 2015 elections and the People’s Progressive Party (PPP) did this through its political platform in the 2020 one.

He concluded that there is now no need for power sharing arrangements as some have been calling for since each of the major parties have to moderate their ethnic appeals to get wider support. The parties, he added, should now allow this new democratic politics to settle in. He warned that introducing “executive power sharing” could harden ethnic voting.

Data
Meanwhile, former AFC Chairman Nigel Hughes argued that pronouncements on race in Guyana must be data driven. He noted that despite the lack of such data, accusations of ethnic domination continue to be made.
“Since independence, the most consistent and important factor at every election, rigged or otherwise, was race and ethnicity. Yet since independence governments have made no effort to collect data by race and ethnicity or analyse the impact of various policies on different races.”

“In the absence of this collection of data you cannot really have any form of rational or scientific discussion about race and its impact because, otherwise, all you are doing is running opinions in the absence of national data,” the Attorney-at-Law said. He mentioned this data would facilitate Ravi Dev’s call for “ethnic impact statements”.

The National Conversation on race organized by the ERC is the first in recent memory, bringing together politicians, academics, scholars and youths to discuss racism, its effects on Guyana and solutions.
The speaker lineup included University of Guyana (UG) Vice Chancellor Dr Paloma Mohamed, African Cultural and Development Association (ACDA) executive Eric Phillips, Working People’s Alliance (WPA) Executive Dr David Hinds and Opposition Leader Joseph Harmon. The ERC said that an invitation was extended to top leaders of the Government.