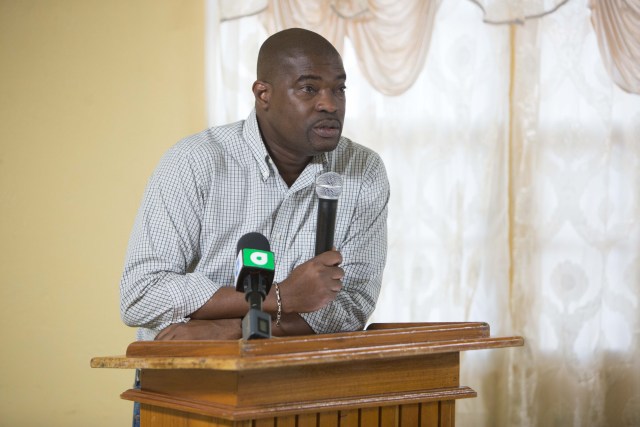 Executive Member of the Alliance For Change (AFC) David Patterson, on Friday, disclosed that after engaging in discussions with party leaders, he has decided to withdraw his resignation as General Secretary of the party.

Patterson, during a virtual press briefing this morning, indicated that the resignation was withdrawn on the basis that he would be allowed to do work that would seek to strengthen the party at various levels.

The General Secretary had resigned over dispute in relation to the election of a Vice Chairman for the Region Four Regional Democratic Council (RDC).

Sources had indicated that Patterson resigned after coalition partner A Partnership for National Unity (APNU), which has a history of infringements against the smaller party, locked the AFC out from the Vice Chair position despite a previous agreement.

The previous agreement that Patterson helped craft, according to reports, had stipulated that the AFC would get the Vice Chair positions in Regions Seven and Four. But following the election of APNU candidate, former Guyana Defence Force (GDF) Captain Daniel Seeram, it was not to be.

AFC had nominated Neilson McKenzie for the Vice Chairman position, APNU nominated Samuel Sandy and the PPP nominated Desmond Morian. Voting was along party lines, as APNU and PPP cast their 14 votes each for their candidates and the AFC, with its five votes, backed McKenzie. Seeram then used his deciding vote to elect Sandy.