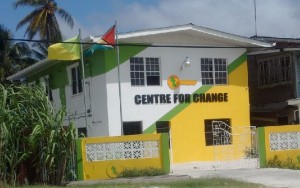 The Alliance For Change (AFC) Monday night endorsed calls for a national unity government and constitutional Reform and said it was ready to be party of those discussions.

“The Party therefore calls on our national leaders to immediately commence talks in good faith to achieve those objectives of unity, healing and reconciliation. The AFC has authorised its leaders to actively participate in that critical exercise,” the AFC said.

The AFC, which is part of the incumbent coalition with A Partnership for National Unity (APNU), said after the court rulings and constitutional steps, whichever party takes the seat of government out of the March 2, 2020 general elections must engage the other party in a power-sharing administration with clear longterm goals.

“The Alliance For Change maintains that following the completion of all legal and
constitutional proceedings, it is imperative that the Party that is legally empowered to form the next government must show magnanimity and accede to an agreed governance arrangement
that involves shared governance, national unity and constitutional reform,” the AFC said.

Specifically, the AFC says that, at a minimum, the proposed talks should include arrangements for:
• A Government of National Unity for a mutually agreed defined period

The AFC says it is committed to this pathway and  calls on all political parties, civic leaders and  all Guyanese  to “go beyond the recurring political rhetoric and open avenues to achieve  national unity.” “This will certainly avoid the potential for imminent racial violence,” the AFC said.

The Working People’s Alliance (WPA), which is part of the People’s National Congress Reform-dominated APNU, and the African Cultural and Development  Association  have made suggestions similar to the AFC’s.

The AFC, at the same time, insisted that it won the inconclusive and controversial general elections earlier this month.

Like APNU and WPA, the AFC pledged to respect the decisions of the Court,  “as a main constitutional pillar,” and “calls on
all Guyanese to do so.”

The mainly East Indian-backed People’s Progressive Party (PPP), which is insisting on a recount of Region Four votes or all 10 electoral districts, has not shut the door to a new governance arrangement but said this must emerge out of transparent and credible results. The PPP, too, has claimed victory and has gone as far as titling Dr. Irfaan Ali “President-elect”.

The AFC called on regional and international observers and representatives of friendly states to respect the constitutional right of
Guyanese to access established legal and constitutional mechanisms for settling disputes. The American, British,Canadian and European Union governments have been repeatedly warning of consequences and isolation if a government is sworn in based on non-credible elections.

The AFC said in light of the current tense political  environment,  regardless of the final declarations of GECOM and the rulings  of the Courts to come, “it is incumbent on our national leaders on both sides of the political divide
to take bold and decisive action in the interest of achieving national unity, healing and  reconciliation.

A repeat of our bitter history of post elections violence and the propensity for
ethnic conflicts must be avoided at all costs,” that party said.

The APNU+AFC is supported by mainly Afro-Guyanese.