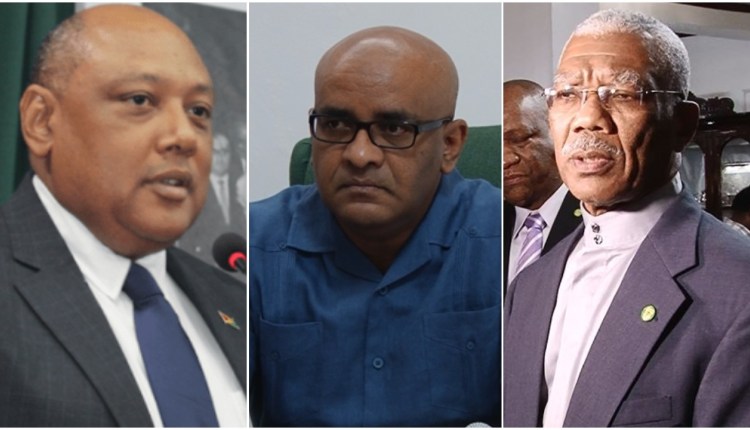 While maintaining that the coalition won the March 2 general and regional elections, the Alliance For Change (AFC) is calling for a Government of national unity.

The AFC in a statement on Monday night said it is imperative that “the Party that is legally empowered to form the next government accede to an agreed governance arrangement that involves shared governance, national unity and constitutional reform.”

“The AFC remains confident that the APNU+AFC Coalition was victorious in the elections and expect the final declarations and rulings to confirm that.”

The AFC believes that a national unity government is the best way to avoid post-elections violence, the tendency for ethnic conflicts and rid the country of its protracted and debilitating ethnic divisions.

It called on national leaders to immediately commence talks in good faith to achieve those objectives of unity, healing and reconciliation. The party noted that its leaders have been authorised to actively participate in the exercise.

The AFC is led by Raphael Trotman as its Chairman and Khemraj Ramjattan –the APNU+AFC Prime Ministerial Candidate –as its Leader.

“In light of the current tense political environment the AFC believes that regardless of the final declarations of GECOM and the rulings of the Courts to come, it is incumbent on our national leaders on both sides of the political divide to take bold and decisive action in the interest of achieving national unity, healing and reconciliation,” the AFC said.

The results from the elections continue to be marred in controversy since the declaration of votes in Guyana’s largest voting district – Region Four – was deemed to be fraudulent by opposition parties, international elections observers and foreign powers here.

The EU, US, UK have all threatened sanctions against Guyana if a President is sworn in on the basis of fraudulent results.

The AFC said it will respect the court’s rulings and called on all others to do so including international elections observers and friendly states.

The Full Court, comprising Chief Justice Roxane George and Justice Nareshwar Harnanan is expected to rule on Tuesday whether a case blocking a national recount should go to trial.

Additionally, Justice Franklyn Holder will deliver his ruling on whether the court has jurisdiction to hear the case brought before him by a private citizen, Reaaz Holladar to set aside the March 13 declaration made by District Four Returning Officer Clairmont Mingo.