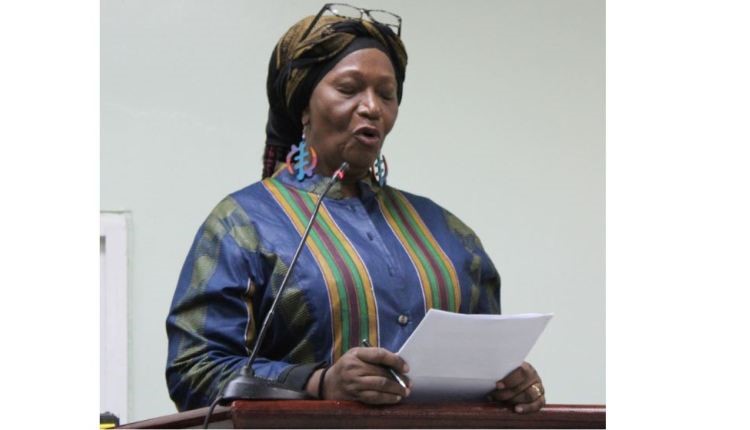 AFRICAN GUYANESE REJECT THE RECOLONIZATION OF GUYANA UNDER CLAIMS OF UPHOLDING DEMOCRACY:

The interventionalist stand taken by elements of the diplomatic community and some foreign observers that is preventing GECOM from completing its work is an attempt at controlling the electoral process of an independent country, the subversion of Guyana’s judicial process and undermining its democracy.

We African Guyanese reject the dictates of our former colonial power the UK, and its kit and kin the USA, Canada and the EU who seem to think that they have the right to meddle in our electoral process as they see fit, ignore the rule of law and cast aside when they feel like the judgements of our courts.

All these powers, who enslaved Africans, are guilty of the worst atrocities against mankind and have done nothing to compensate the victims for that injustice.  If we accept this arbitrary intervention in our internal affairs, Guyana is, in effect, conceding that its sovereignty and independence are the preserve of others.

This peculiar recolonization effort is displayed in the relentless attempts of some Ambassadors to keep African Guyanese under the control of foreign sovereigns.

This view is evidenced by the known fact that one of the vocal Ambassadors in Guyana is seen regularly and intimately in the company of known Opposition activists and another was found aiding the departure of Charandass, who moved to oust the APNU-AFC Government from power.

ACDA views their present positions as an extension of their disregard for the sovereignty of Guyana and as a cloak to hide their partisian disposition towards people of African descent.  ACDA therefore calls on the foreign emissaries and other electoral observers to act as impartial electoral observers-see and report.

Their grand conspiracy is being revealed by their attempts to direct the work of GECOM in violation of their observer status, the constitution and the ruling of the court that upheld the right of Regional Officer to decide on the method to be used in the tabulation of the Region 4 results.

The CJ Order number 89 states as follows: “It would be for the RO and or Deputy RO to decide whether in the interest of transparency the addition process should be re-started or continued from where it was left off. It would also be for these functionaries to determine the best methods of tabulating the SOPs.

Again, it cannot be for the persons present to dictate how this should be conducted, though one would expect that the RO would act reasonably in ensuring a process that allows persons to observe what is being tabulated and how. This is especially so given the varying methods of addition of the votes from the SOPs as disclosed in Ms. Myers’ affidavit.” Given this clear ruling, why are the representatives of foreign powers pressing GECOM to do otherwise?

While we African-Guyanese are open to a satisfactory conclusion of the electoral process, we are conscious of the lessons of history: and will not be willing participants in our own demise. Neither do we ask the same of others.