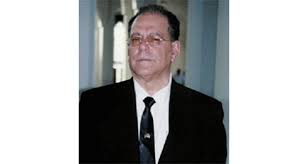 It is with total disgust that I must report that the main excuse on the Facebook pages for not allowing a free or fair election is proffered as an unwillingness to repeat the sad 23-year PPP/C rule – in comparison to the wonderful things, which were accomplished during the last 5 years when the coalition government was in power.

Every derogatory remark overlooks the fact that the coalition government got into power because there are decent people in this country, both African and Indian-Guyanese alike who decided that it was time for a change, and gave their support to the AFC in 2011 and 2015.

This support and goodwill for the AFC was squandered and lost because of the unfriendly actions of the coalition, to the sugar industry, the business community, the gold and diamond miners, and the fact that so much was squandered during the giveaway [I refuse to call it a negotiation] of our national patrimony to Exxon and the other extractors, currently estimated to be at least US$55 Billion.

Some people are now identifying some really sad accomplishments of this regime to retain power in preference to the PPP/C. But I am not concerned with them. I am now and have always been concerned with a third force, and now after what happened in the 2020 elections it gives me, and should give most Guyanese, cause for hope.
There is no question that this country is very badly divided along racial lines, it has been so for a long time, and there will be some who will vote for the PPP no matter what, just as there will be people who will vote for the PNC no matter what.

So let us examine the middle of the road people – the ones who think they would lend their support to effect change if offered a suitable alternative. And it happened, they initially gave that support to the AFC in 2011, then the AFC formed the government in 2015 with APNU, and the AFC negotiated a really good deal, they got more of the government than their votes merited, they ended up with the Ministries of Public Security, Natural Resources, Agriculture, Public Infrastructure, Public Telecommunications and the Prime Minister’s position, i.e. the commanding entities of our national economy.

Incredibly, they forgot how they got there; that the people who voted for them believed that they would do what is expected from a powerful coalition partner, and expected that they would help to curtail the excesses of the main party, the PNC. They did not.

Now we come to 2020, the right thinking Guyanese middle of the roaders did not support the AFC in the elections, and as a result the PPP had a good day at the polls on March 2nd – not so much for what they did or did not do, but because the AFC had literally committed political suicide from 2015 to 2020, and the beneficiaries were the PPP/C.

I am not making this up, it is all there at https://www.macrotrends.net/countries/GUY/guyana/gdp-gross-domestic-product
And the business community also flourished and produced employment and housing. They did not rigidly enforce the Tax laws just as Desmond Hoyte did not enforce them rigidly, since our tax laws are unusually harsh compared to other places, even in the Caribbean.

Rigid enforcement can and did contract the business community and jobs were lost. Unfortunately, their performance in the sugar industry was poorly planned and executed. And there were accusations of corruption
I will not go into if it was right or wrong because I don’t have to, the middle of the roaders decided that they will give them another chance, and supported them because of the scandals and the incompetence of the Coalition in the dealing with Exxon and the sugar industry closures. I don’t have to find more reasons than that.

I am pointing this out now because most Guyanese are not even aware of the national dynamic and importance of the actions of the third force, compromising these people who are middle of the roaders. They are very important, and I salute them. They have shown us that unlike the other groups, their votes are not available no matter what; you have to earn it.

And the middle of the road, third force now has two very legitimate leaders in Lenox Shuman and Timothy Jonas.
The PPP/C were removed from power by this same group of middle of the roaders or the third force because they had ruled for 23 years and were perceived to have become comfortable with corruption. But after having been removed from power because of the perceived corruption by the middle of the road voters, they can’t possibly be so unaware of the consequences, to go back into power and continue as they have been accused of doing before.

And believe me, the middle of the roaders will be watching them. It’s the absolutely best indication we have had since independence, that a third force can exist in this country and make a difference. What destroyed the AFC is that they thought that their support would come from their members, no matter what! And that they would tolerate corruption and incompetence from them. History has now established that it is not so.

In summary then, the Coalition lost the votes necessary to rule this country because of their politically suicidal acts when in power. How can anyone say that the Coalition Government was doing better than the PPP/C – in view of the refusal of the decent voters who supported the AFC in 2011 and 2015 but then withdrew their support in 2020?

These decent, middle of the road people, who formed the members of the third force and who supported the AFC and then removed that support and gave it to the PPP/C, are a good barometer of who they feel are better rulers for this country, the PPP/C or the Coalition. As for me, according to what the third force of thousands of people did in 2020, I did right.