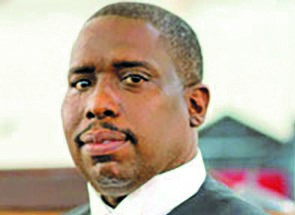 President of the Bar Association of Guyana, Senior Counsel Teni Housty believes that the administration of justice is hindered due to the absence of the Judicial Service Commission (JSC) and hopes that the body will be reconvened in a timely manner.

There has been no JSC since 2017. The last Justice Commission was appointed by former President Donald Ramotar on September 11, 2014.
The tenure of each appointed member is for three years, therefore, the tenure of the last Commission expired on September 12, 2017. Among other things, the functions of the JSC is to advise the President on the appointment of Judges, with the exception of the Chancellor and the Chief Justice.
In an invited comment, Senior Counsel Housty told Guyana Times that it has been recognised that the absence of a JSC is impeding elements of the administration of justice.

He disclosed that the Bar Association has had several meetings with Attorney General and Minister of Legal Affairs Anil Nandlall who gave an assurance that the matter will be addressed shortly.
“We [Bar Association] are hoping for the timely recommissioning of the JSC,” Senior Counsel Housty added.

Shortage of Judges
The findings of a recent United Nations Development Programme (UNDP) report highlighted that backlog in cases which have been plaguing the criminal justice system for years is due to the fact that there is, among other things, a shortage of Judges.
The report noted that while there is no shortage of criminal attorneys-at-law, there are only 14 of the expected 20 High Court Judges, and three of the expected five Court of Appeal Judges. Furthermore, it stated that despite advertisements, there are only two Judicial Research Assistants on staff.
The Supreme Court of Judicature recently advertised for qualified persons to fill five vacancies for Judicial Research Assistants.

“If the present cadre of Judges is not increased, then the issue of backlogs will not be addressed. It is recommended that further options for increasing the human resource capacity including for judicial legal research assistants, judges, prosecutors, and trained mediators be explored,” the report stated.
Whilst the assignment of temporary Judges has been used in the past in the Court of Appeal, this is not seen as a permanent solution, the report further noted.

However, commenting on the report, Housty noted that Senior Counsel Rafiq Khan and Dr Christopher Bulkan were the last two temporary Judges to be appointed to the Court of Appeal.
They were both appointed to the post in January and February 2018, respectively.
He recalled, “They served for six months and when their tenure expired there was no JSC. When they were there, the functions of the Court of Appeal was accelerated.” Having regards to the foregoing, Senior Counsel Housty expressed that the reconvening of the JSC is of utmost priority for the Bar Association.

Constitutionally required
This JSC is created by virtue of Article 134 of the Constitution. Its composition is set out under Article 198, while its functions are outlined in Article 199. It compromises of the Chancellor, who is the Chairman, the Chief Justice and the Chairman of the Public Service Commission (PSC).

Its other members include one from among persons who hold or have held the office of a Judge of a court having unlimited jurisdiction in civil and criminal matters, in some part of the Commonwealth or a court having jurisdiction in appeals from such court, after meaningful consultation with the Leader of the Opposition; and no less than one and more than two, from among persons who are attorneys-at-law, not in active practice, nominated by the National Assembly, after it has consulted such bodies as appear to it to represent attorneys-at-law. Each member is appointed by the Head of State.

It also has the power to make appointments to remove and to exercise disciplinary control over persons holding or acting in the following offices – Commissioner of Title, Magistrate, Director of Public Prosecutions, Deputy Director of Public Prosecutions, Registrar of the High Court, Deputy Registrar of the High Court, Registrar of Deeds and Deputy Registrar of Deeds and to such offices connected with the courts or for appointment to which legal qualifications are required as may be prescribed by Parliament.