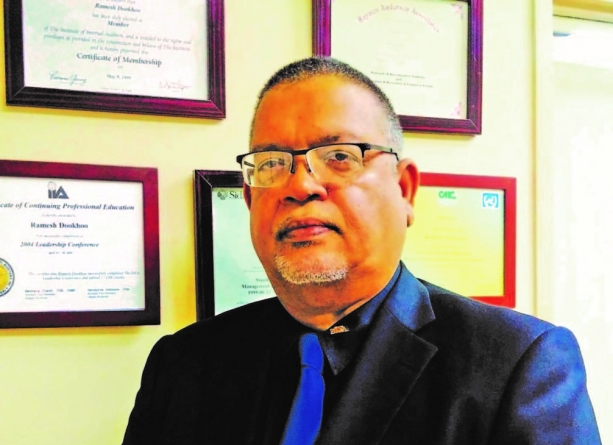 An erroneous piece of ‘news’ was circulated on various social media platforms recently accusing me of seeking to exert influence over the CCJ ruling by virtue of being a member on the Board of Trustees of the Caribbean Court of Justice’s Trust Fund.

As I usually do as the Private Sector liaison on COVID-19 I contacted Larry London, Egbert Field and a few others regarding a Roraima Airways flight to facilitate the return to Trinidad of two Trinidadian Nationals. I have done this many times before.

Approval was granted by those named officials. I was not on the flight. In fact, I spent a quiet week end at home in D’Aguiar’s Park where I reside. The incessant rain caused my round of Golf to be cancelled on Sunday.

I have noted that my home is being observed as a few weeks ago I had a gathering of a few friends which was published on Facebook as a gathering ‘to destabilize GECOM’.

All my guests left after that post and whoever is trying to inflict hurt is succeeding, congratulations!

By the way the gathering was to discuss some stranded Guyanese and how we can assist them financially to return to Guyana.

The Caribbean Court of Justice Trust Fund was set up in order that the Court itself can never be compromised. I consider it an honour and a privilege to sit as a Trustee on this Board. The rest of the Board consist of members of various Caribbean institutions whose integrity and distinction I do not wish to compromise at this time with this ‘news’ item.

I have brought the ‘news’ item to the attention of the Chairman of the Board of Trustees with an offer of my resignation. Congratulations to the author of the ‘news’ item you are succeeding.

The representatives of the institutions that make up the Board of Trustees are highly esteemed and respected professionals across the Caribbean, it is ludicrous to even accuse one of its representatives of having some kind of influence on the CCJ judges.

The Board of Trustees is responsible for the management and administration of the Trust Fund and none of its members have or would dare attempt to exercise any kind of influence over the CCJ’s judges.

Further, the judges of the CCJ are professionals of the highest integrity and professionalism all of whom possess unblemished character.

I wish to publicly apologize to the Board of Trustees and the Judges of the CCJ for any damage this issue would have done to the Institutions.

I wish to reiterate that the contents of the post are utterly false and unsubstantiated and it is against due protocols in the spirit of natural justice and the functioning of the judicial system, to engage in attacks on the Court and its Officers especially when the case has not yet been ruled upon.

Further, I have no access much less the ability to influence the outcome.

I am a proud son of Guyana and I am ashamed at what our politics has degenerated to. I wish to thank all of the persons whose private messages sought to console and indeed all of those persons who sent threatening messages arising out of the ‘news’ item. You have all shown who you are.

I am unmoved but am ashamed of my countrymen whose interests I have served in many ways over many years.