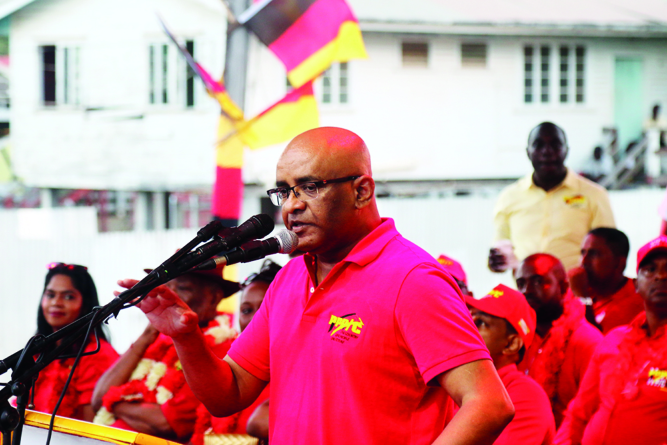 “Now we have advanced the most aggressive constitutional reform programme in the past. And we have outlined a path for the future. We want to look at the electoral system to increase inclusivity and even explore power-sharing. How do we change our Constitution to serve our people!”

“The only thing he (Granger) wants to change in the Constitution is to get rid of the No-Confidence Motion! Now let me tell you. In India, they have a billion people. And the Government can fall on one vote in their Parliament. But they are not changing their Constitution to get rid of that. In the UK, a Government can fall on one vote. But Granger wants to change that here. He feels aggrieved. That is the alternative to a PPP Government.”