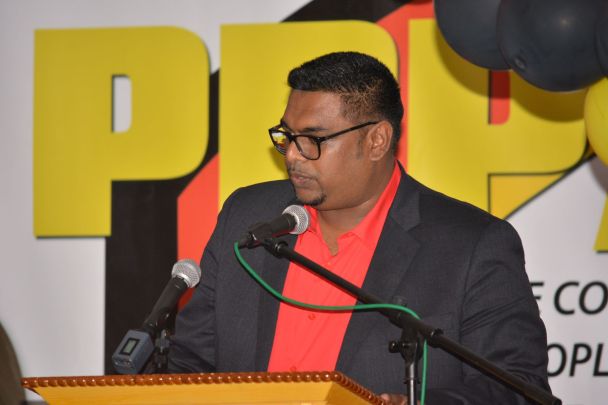 Assistant Elections Agent for Region Three, John Adams, on Tuesday, confirmed that the verification of votes in that region has been completed and declared by the Region’s Returning Officer, Mohanlall Jagdeo, where an approximately 67 per cent voter turnout is said to have been recorded.

Adams, at the time, could not say what the results from the Region were, while efforts to contact Jagdeo by telephone up to late last evening proved futile. However, speaking with the Guyana Chronicle, earlier on Tuesday, Jagdeo had shared that his verification of the results in the Region began since Monday evening.

“It started last [Monday] night, we closed off around 4:00am. We are trying to finish it by [Tuesday],” Jagdeo had said.

He noted that the verification process had been scheduled to recommence at 13:00hrs on Tuesday. Adams said it was completed approximately 16:00hrs.

“It was because most of the information that the Returning Officer had, it was actually the same that we had. If there was a one or a two, it wouldn’t have changed the results in any way,” Adams related.

Many voters are currently in suspense as they await the district and then national declarations of the results of Monday’s General and Regional elections, which, over the past few months, has been called the “mother of all elections” for Guyana.

Polls closed across the country at 18:00hrs on March 2, marking the ending to voting, which commenced at 06:00hrs. The votes were then counted by the respective Presiding Officers of the polling stations, before ballot boxes and statement of polls were handed over to the Deputy Returning Officers (DRO), who then transmitted them to the ROs of the respective Regions.

The ROs are required to verify the SOPs, before declaring the results as the official results of the region. Chief Elections Officer (CEO), Keith Lowenfield, during a press conference on Tuesday, related that the respective Returning Officers were expected to publicly declare the results of their regions once verified.

It is unclear where or how Jagdeo publicly declared results for Region Three.
Some 100, 758 voters were scheduled to vote in Region Three, across 355 polling stations. The Region saw a 16 per cent increase in the number of registered voters, however, the 67 per cent turnout is down from the 73.5 per cent turn out that the region experienced at the 2015 General and Regional elections.

The region has traditionally been one dominated by the People’s Progressive Party/Civic (PPPC), which has maintained a stable 65 per cent claim in the Region, which it registered at both the 2015 and 2011 general and regional elections. The PPP’s main rival, the A Partnership for National Unity/Alliance for Change (APNU+AFC), however, has been gaining momentum in the Region.

Significant to voters in the Region is that it is home to PPP presidential candidate, Irfaan Ali. When contacted on Tuesday for a comment on his party’s performance in the Region, Ali would only say that he was in a meeting.

The Guyana Chronicle has been making repeated efforts to contact Ali since voting took place on Monday, however, Ali has continually refused to speak with this publication.
The Region is also home to the United Republic Party (URP), headed by presidential candidate, Dr. Vishnu Bandhu. However, the Region, over the years, has not been kind to the URP, which is yet to ever amass a seat from the Region, whether in the National Assembly or in the Regional Democratic Council (RDC).