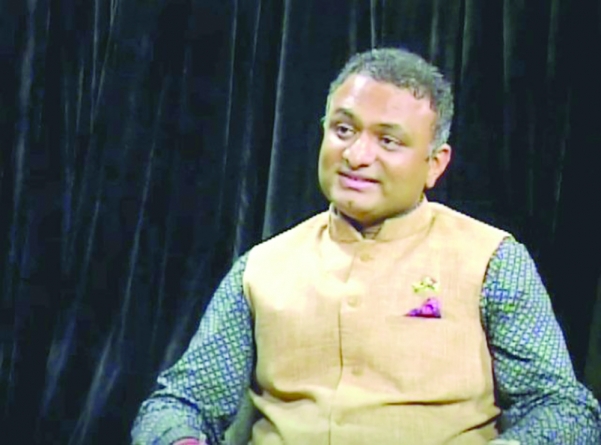 As the People’s Progressive Party/Civic (PPP/C) Administration forges ahead with plans to reopen the three sugar estates, at least three Indian companies have already expressed interests in entering into a joint venture with the Guyana Government and according to Indian High Commission, Dr KJ Srinivasa, more companies are likely to come onboard.

“Already three companies have expressed their interests to coming…in response to the Government’s circular… The next process is awaiting [a decision from Government]. As far as I understand, there are many companies that have already expressed their interests, so once that Expression of Interest phase is over, [the Government] will call for consultations…,” Dr Srinivasa told Guyana Times during an interview on Friday.

The Guyana Government has invited Expressions of Interest (EoIs) for “A joint venture, partnerships, or a leasing arrangement on the now re-opened vested sugar estates at Enmore, Rose Hall and Skeldon and also on the operational sugar estates at Uitvlugt, Blairmont and Albion…”
The notice which was first published back in September noted that “The Government of Guyana as the sole shareholders is supportive of this initiative to invite interests from the Private Sector to participate in different forms in the ownership or operations of GuySuCo.”

According to the Indian High Commissioner, the introduction of the Private Sector into the sugar industry would yield good results for Guyana. In fact, he pointed to the sugar sector in India, which is completely occupied by the Private Sector.
“Government doesn’t have a place except for policy-making and ensuring the regulations are being followed…,” he noted.
Dr Srinivasa explained that almost all the sugar mills there have diversified their operations, thus making their ventures more profitable.

“Once the sugar cane enters the mill, nothing comes out – literally nothing. They crush the sugarcanes and they make brown sugar, white sugar, then they do the co-generation of electricity, then they do the molasses and ethanol, then they use the bagasse and then also make fertilisers of the remaining parts. So, nothing ever comes out,” he stated.

India’s sugar industry
Moreover, the High Commissioner further explained that India’s sugar industry operates in a different system from Guyana’s, whereby private farmers play a more integral role.
“Unlike GuySuCo (Guyana Sugar Corporation) owning so much of lands; in India, the sugar factories are there and they have a catchment area of individual formers. So, the farmers grow the sugarcanes but there is a symbiotic relationship between the factories and the farmers. The factories will fund, to certain extent, the seeds and so on, in exchange for the farmers to supply canes to them. Then they will deduct that amount [for the seedlings and other materials provided] and pay whatever is remaining… That’s how the private companies are making a lot of profit and the prices of sugar is now up. I think Guyana will stand to gain if they catch that up trend,” the diplomat stated.

Under the previous APNU/AFC Government, four of Guyana’s seven estates – Wales, Enmore, Rose Hall and Skeldon – were closed, resulting in thousands of sugar workers being placed on the breadline.
The PPP had promised on the elections campaign trail to reopen these estates and within weeks of being in office, had taken steps in this direction while also injecting funds to keep the cash-strapped and heavy indebted GuySuCo afloat with the three remaining estates – Albion, Blairmont and Uitvlugt.

During a tour of the estates in Berbice last month, Agriculture Minister Zulfikar Mustapha said Government is hopeful to have the Private Sector on board in reviving the sugar industry to a viable state. He had noted that already there has been good feedback from the local Private Sector in investing in the sugar sector.
Moreover, the Agriculture Minister had pointed out that due to gross neglect under the coalition regime, the three remaining factories are now only operating at 40-60 per cent capacity. In order to correct this situation and restore the estates to full operation, the Guyana Government has tapped into India’s expertise in the sector.
He said requests for technical assistance in the areas of both factory operations as well as field cultivation were made.

Technical assistance
The Indian High Commissioner, who had accompanied Minister Mustapha during those visits to the estates, told Guyana Times that the factories are indeed in a bad shape.
“The ones that are open, the machineries are old and the process as well, they need an improvement – their efficiency could be improved. So, I think that’s a job which is there for the experts [to look into] and we will facilitate that,” the diplomat posited.

He related that the process has already begun in India to procure the relevant expertise to assist Guyana.
“We have to find the right expert then go to a selection process… it is a very competitive process, transparent process. So, the Government of India will call for applications and then interview them, and then see who is best suited based on the requirements given by the Government of Guyana,” Dr Srinivasa told Guyana Times on Friday.

Under new leadership, GuySuCo has already embarked on steps to revamp the industry and has already rehired hundreds of sugar workers, who were previously sacked. It was reported that by year-end, some 300 workers would be rehired at the Skeldon Estate alone.
Meanwhile, Minister Mustapha has also engaged private cane farmers in Berbice, who produce 32 per cent of the sugarcanes used by GuySuCo.