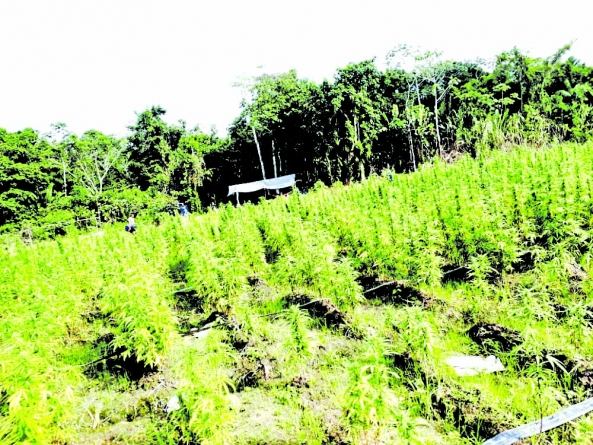 As Police continue their eradication exercise in the Berbice River, a whopping $220 million worth of ganja was destroyed.
According to the police, ranks on Friday conducted a narcotics eradication exercise at Haraculli Creek in the Berbice River when the discovery was made.
During the more than 13 hours operation, the team found and destroyed approximately forty thousand cannabis plants on the twelve-acre cultivation with a street value of about $220 million.

Additionally, Police also discovered a six-acre plot of land that was prepared for cultivation and about sixty kilograms of harvested cannabis and three camps.
The fields, camps and dried cannabis were all destroyed. No arrests were made but efforts are currently being made to trace the ownership of the land with a view of instituting charges.