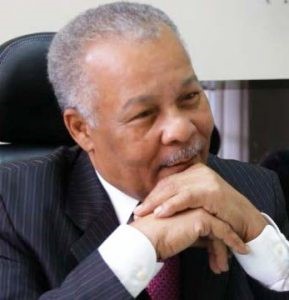 The Commonwealth observer team has expressed concern at the delays of Guyana‘s High Court in dealing with the 2015 elections petition.

In a preliminary report following the March 2020 Regional and General Elections, Head of the Commonwealth Observer Mission and Former Prime Minister of Barbados Owen Arthur told the media that his team has heard grave concerns about the delays in the determination of the election petition. The observer team noted that the law permits an election petition case to be filed in the High Court within 28 days after the elections are held.

However “We were informed for example that an elections petition filed by the PPP /C following the 2015 elections is still pending before the High Court,” Arthur said.
The 2015 elections petition has been at a standstill since it was filed in the High Court on behalf of PPP/C member, Ganga Persaud. Persaud and members of the former government are questioning the validity of the May 11 polls which declared the APNU+AFC Government winners.

Persaud named the Chief Elections Officer, Keith Lowenfield, and leaders of the eight political parties, which contested in the last elections as respondents, in the matter.
In the petition, Persaud, who was appointed Election Agent of the List of Candidates for the PPP/C, claimed that the elections were “unlawfully conducted” and the result of the elections was affected or might have been affected by unlawful acts or omissions.

He underscored that the elections were not held in conformity with the Constitution of Guyana and the Representation of the People Act, Chapter 1:03.
As such, opposition essentially requested a recount of all ballot boxes for the last elections and fresh elections were also called for.

However, in a summons filed on behalf of Chief Elections Officer, last month, Attorney-at-law Roysdale Forde requested that the elections petition be struck out, on the grounds that sections of the petition failed to disclose reasonable cause of action and are frivolous and vexatious.

The summons followed a request by Attorneys representing respondents in the matter, for further and better particulars specified in paragraphs 8 subparagraphs 1- 15, of the petition.
According to the document, those paragraphs must be struck out, as they are in breach of sections 140 (2) of the Representation of the People Act Cap: 1:03.

The summons also outlined that the claims in paragraphs 8 subparagraphs 1- 15, of the petition failed to provide facts to support the claims that the elections was rigged.
The PPP/C had claimed that the entire electoral process was flawed. It contained many procedural errors and instances of fraudulent and/or suspicious actions.
“Unrest, fake statements of polls (SOPs) and multiple voting were among several causes cited when the PPP/C filed its elections petition.”

The presence of “huge mobs” at several polling stations and other strategic places, particularly in Region Four, were also cited by the party as another cause for intimidation and fear which in turn “rendered it impossible for polling and counting agents, duly appointed candidates, to carry out their duties and functions properly.