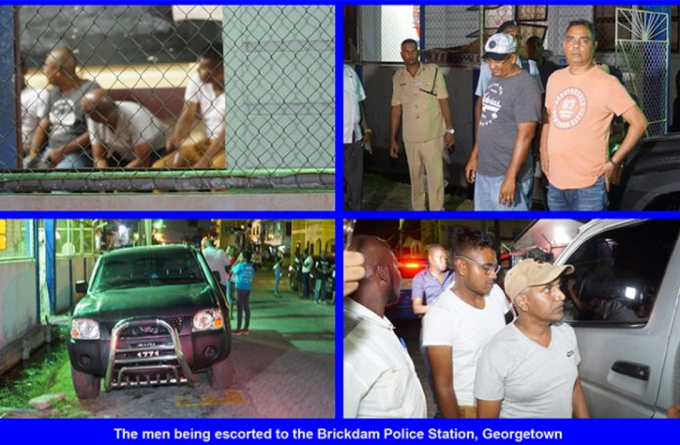 Twelve men were arrested on Monday night by the police after they colluded with an election agent to remove statements of polls from a polling station in Alberttown, Georgetown.

Police Commander Edgar Thomas confirmed the arrest but did not get into details of the allegation of removing statements of polls from the polling station. The men were also found to be in possession of arms and ammunition, while multiple sources have indicated those arrested were licensed to carry firearms, it is unclear if their actions were sanctioned by the Guyana Elections Commission.

Within minutes of the allegation against the men, several residents of Alberttown and other wards converged on the scene and voiced their disapproval. Meanwhile, officials of the Guyana Elections Commission (GECOM), when questioned at a news conference, said they had no knowledge of the incident.

One senior police source indicated that the men have been working closely with the Opposition’s People’s Progressive Party/Civic. In fact, they were seen at several polling stations earlier in the day accompanying a number of senior PPP officials into polling venues. On Monday night, the men were also reportedly moving around the city in vehicles which carried fake number plates, one police source indicated.

They are currently being held at the Criminal Investigation Department where the Police Major Crimes Unit has taken over the investigation.