“The young people in these minor parties had a view that is so refreshing that I believe that Guyana is going to get away from this hardened partisan politics. I believe some of those young people may be able to move away from the tribalism and form alliances that will allow them to build a better Guyana.
“ I saw a future for Guyana that is very different from its past when I spoke with them, because they were not carrying any political baggage,” 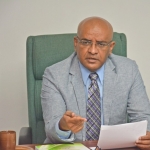 “There is no provision in our constitution to say that GECOM has any authority to void an election, annul it or to call for fresh elections,”

“Everyone complimented how well it was organised,” “and how everything was in good order. I contested elections in Barbados and I also have to tell you that the arrangements for your elections were far more scrupulous than those in Barbados.” 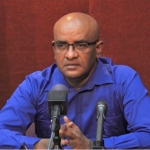 “He seems to be their bull dog, he curses out CARICOM heads of Government, or anyone for that matter; the entire international community…who will dare say that they lost the elections” 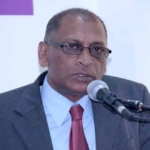 “Guyana is bleeding. Our people await anxiously for GECOM to declare the winner of the March 2 elections. While our people are fatigued by the sloth and the machinations of GECOM and the indecency and shenanigans of David Granger’s APNU+AFC, Guyana is reeling.” 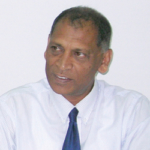 “On Monday, GuySuCo admitted they wrote David Granger begging him to assist them from closing down because they have no money, putting 10,000 people out of jobs. On Wednesday, the Ministry of Finance admitted what the PPP has been saying for months: that Ministry has bankrupted the country.
They responded to GuySuCo that, as much as they would like to help, the Ministry has no resource available to do so. They did not call it bankruptcy, they called it “an inability” to meet the financial needs of GuySuCo.”

“A movement that was once famous for its values and Rodneyite principles is now deeply involved in the attempt to rig the 2020 elections. It has been silent on the attempt by the Region 4 Returning Officer to rig the elections in favour of the APNU of which the WPA was at one time the second largest party. Judging by their public roles, the leading active members of the Party are Desmond Trotman, Tacuma Ogunseye and David Hinds.”

“And it would seem to me that it will be an astonishing thing for political institutions to have control of the process by which an election is being put in place,” “for that party to so have the election arranged, to lose the elections by having the process controverted by having dead people and other people made to vote.” 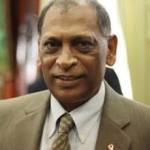 “If in fact, there has been a count that is incontrovertible, it would be well advised for people in Guyana to accept the results – if they have issues then that has to be sorted by way of a petition and the law provides for that.”

“But your tenure as President did not chime with the high expectations of the Guyanese people. They did not vote for a self-styled, soi-disant political leader, but for a leader who embodied the virtues of moral rectitude and integrity, one who espouses a high regard for the rule of law and for democracy. They voted for David Granger, and in their minds, David Granger was a decent and an honest man, a man who speaks truth to power, and a man whose words they trusted and valued.”

“If you go ahead and seek not to follow those processes,” Arthur said, “Guyana could be suspended from CARICOM; Guyana, if it came to that could also be expelled from CARICOM. Those would be tremendous decisions that would not be entered likely but Guyana is the principle beneficiary of the CARICOM Single Market and Economy (CSME).”

“We will ensure the productive sector gets back going, to have the right mix of incentives and measures …to bring back energy to the economy, to reignite construction and to rebuild confidence in Guyana.”

“I am not a lawyer but if the government does not accept the results but also wants to stay in office, because that would be the particle implication, then CARICOM would have to make a decision as to whether Guyana would have to be suspended or not.”

“We are working now to look at the priorities, how we can cut back expenditures, how can ensure that the productive sector gets back moving…to ensure the downslide is halted so that we can return our economy to vibrancy,”

“If the government wants to stay in office, and if they do not want the results to be declared and here I am speaking about an issue, which I have no legal knowledge of because I have never had this experience before. We know for sure that the country could be suspended from CARICOM if you did not comply with the charter for civil society and I hope it won’t come to that.” 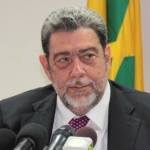 “I think we would agree that you would have benefited more from the provisions where your citizens could move and work freely, in Caribbean countries and any other country. You want the supply of agricultural commodities, and you stand to benefit from business initiatives. I led a Caribbean team of Caribbean businessmen to Guyana to help them invest in a 1000 sq miles of land under the CSME.” 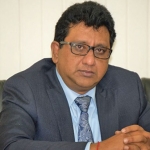 “The gravity of Mingo’s fraud and the dangers to which he exposed this nation and its people warrant far greater punishment than mere contempt of court proceedings. So, at the appropriate time, Mingo’s conduct will be properly addressed,”

“Today, as the country languishes in the obfuscating and turbid waters of political turbulence mostly the creation of your Party, the people who voted you as their president in 2015 are now seeing a very different man whom they once trusted and revered. And so they asked, what has become of that man? You are not speaking today as you once did. They hear mixed messages made up of words flowing from your lips that they can hardly recognize. And so they asked, is it the same David Granger?”

“I played a minor role in the WPA from 1986 to 2016 but was invited to meetings of the Executive of the Party. For several elections I was associated with fundraising for the WPA and for the 2015 elections specifically, Maurice Odle and I were responsible for fund raising while Kidackie Amsterdam and I were responsible for upgrading the WPA’s facilities in Queenstown and the preparation and distribution of the Party’s paper Dayclean. Both from my knowledge and observation, the WPA has departed from the high standards with which it has always been associated – a party of high principles.”