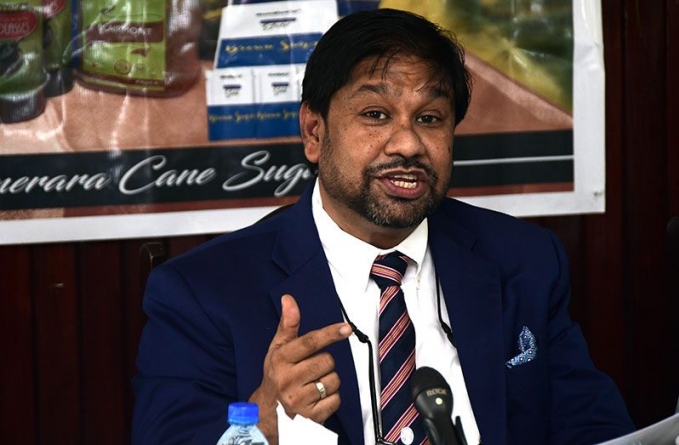 IT is common knowledge that the resuscitation of Guyana’s ailing sugar industry will have to be done through a Public Private Partnership, and, already, investors from Asia, North America, the Caribbean and Guyana have formally signalled their intention to join this process.
The Government of Guyana, in September, had advertised for Expressions of Interest (EoIs) from financiers who are not just interested in investing in sugar, but in being part of the industry’s resuscitation.

In 2017, the former A Partnership for National Unity + Alliance For Change (APNU+AFC) coalition Government had announced the closure of several sugar estates across the country. The move saw four sugar estates being closed, and 7,000 sugar workers losing their jobs.
Plans are afoot to not just rehire persons, but to return this industry to viability through coordinated and prudent management, which is expected to come from both private and public stakeholders.

Chief Executive Officer (CEO) of the Guyana Sugar Corporation (GuySuCo), Sasenarine Singh has said that the government has received ten EoIs from foreign companies, and one proposal from a local investor.
Information on the investors’ identities remain confidential at this time, but Singh, during a press briefing at GuySuCo on Monday, said the proposals will soon be reviewed.

Singh, while not delving into the details of the actual proposals, said interests have been expressed in sugar refinery, ethanol production, agro-energy, a distillery and packaged sugar among other things.
“I am happy to see that there are private sector participants who are serious about value-added products coming out of Guyana,” said the CEO.
Singh, after being appointed to the helm of GuySuCo in September, had said that the Corporation is banking on value-added to help return sugar to profitability.

NEW APPROACH
“GuySuCo is on a change plan; we have refashioned the way we are doing things. We have re-engineered the way we are thinking at GuySuCo; the whole vision at GuySuCo right now is to move up the value chain as fast as we can within the constraints of finances, and, in addition to that, we are opening three estates. So it’s going up, and it’s going broader,” said the CEO in a previous report.
He reiterated this position on Monday, noting that GuySuCo has restarted the production of packaged sugar, and will be focusing heavily on this aspect of production, instead of the traditional bulk production.

“GuySuCo started production of packaged sugar; we are moving away from the dump market to go into packaged sugar, and this is the reality. We get double the value per tonne when we sell packet sugar, versus what we dump on the world market,” Singh said.
Considering the substantial benefits of value-added production, the CEO believes it is a “no-brainer” situation when assessing which segments of the market to supply with Guyana’s sugar.

The vision of GuySuCo, as outlined by the company’s management, is to focus on expanding the sale of packaged sugar in CARICOM, North America and the local markets. GuySuCo’s overarching plan for 2021 is to produce 97,000 tonnes of sugar, a high percentage of which is expected to be packaged.

“GuySuCo is making money on the packaged sugar, and losing on the bulk sugar, so we are moving away from the bulk sugar and focusing on the value-added products. We are building a short-term, medium-term and long-term plan; we are supplementing what Blairmont is producing. Blairmont is now focused exclusively on the export market for packaged sugar, while Enmore will focus on the local market,” Singh said in a past report.

The Government has released $3B to the industry, of which sum, $2.2B will go towards the re-opening of the three estates, while the remaining $0.8B will be used to re-capitalise the current assets to help achieve outlined objectives.